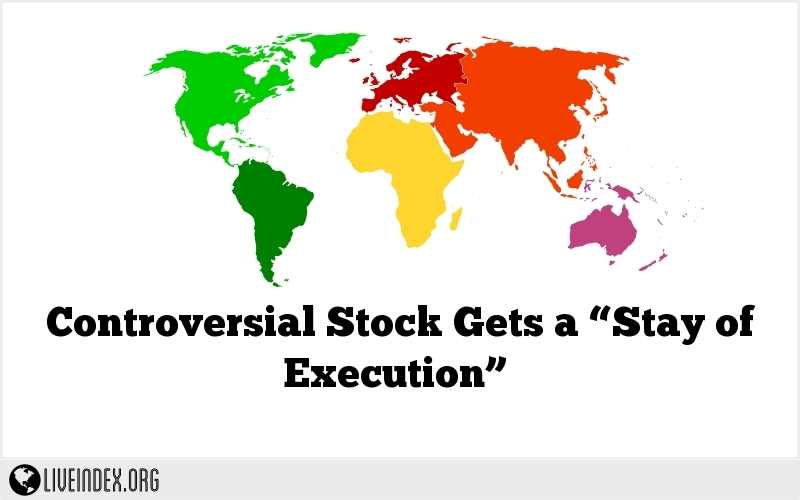 Controversial Stock Gets a “Stay of Execution”

Rotten to the core…

That pretty much sums up my take on the glut of social media-based companies that went public in the last few years.

Mind you, it’s entirely because they came to market at obscene valuations. But apparently everyday investors are a stubborn bunch…

Instead of simply steering clear, they insist on learning the perils of inflated, overhyped IPOs the hard (and costly) way.

Shares really started to hit the skids on the heels of the company’s first earnings report on July 26, 2012. They dropped 17% in a single day, erasing billions of dollars in market capitalization in the blink of an eye.

Fast-forward to today, and the same fate has stricken another social media darling,Twitter (TWTR).

The day after its first earnings report as a public company last week, shares tanked 24%, wiping out $ 8.7 billion in market value.

While I expect the stock to keep getting gutted, the company is not a total loss.

Quite the opposite, in fact. The company is tremendously valuable, just not in the way most investors think. Let me explain…

While I’ve always been hyper critical of social media valuations, I’ve never questioned the utility of the platforms. For good reason, too.

It turns out that social media networks, unlike psychics, possess extraordinary predictive abilities. A growing body of evidence, from University College London to Harvard, confirms it, too.

Indeed, as we communicate with friends and loved ones over social media, we also unknowingly reveal our real-world behaviors and intentions.

By mining this data, companies can glean invaluable information…

Like identifying news stories destined to erupt into full-blown national crises. To this end, CNN recently revealed that it’s preparing to unveil a new tool, developed in partnership with Twitter and Dataminr, to help journalists identify breaking news stories first.

More significantly to us, social media data can be mined to determine the future direction of stock prices. Seriously.

We’re talking about tweets being paved with gold, people! That is, if you have the information in advance.

Or DataSift. It has attracted over $ 71 million in funding, including $ 42 million in fresh capital right at the end of 2013.

Then there’s the previously mentioned Topsy Labs. It raised more than $ 32 million in venture capital funding before being acquired for more than $ 200 million byApple (AAPL) in December 2013.

If Apple is making strategic acquisitions in the space, there’s definitely money to be made from this trend.

Bottom line: The value of social media is not in the stocks of the various platform providers. To the contrary, it’s in the enormous amount of data, including 500 million tweets per day, which crosses those platforms.

The trick, of course, is uncovering publicly traded companies that have figured out a way to monetize the social media chatter. That way we can participate in the upside.

The good news? We just found one. In fact, it’s the newest addition to our WSD Insider portfolio. Like Topsy, it’s a prime acquisition candidate, too.

To access our full research report on the opportunity, all you have to do is sign-up for a risk-free subscription here.