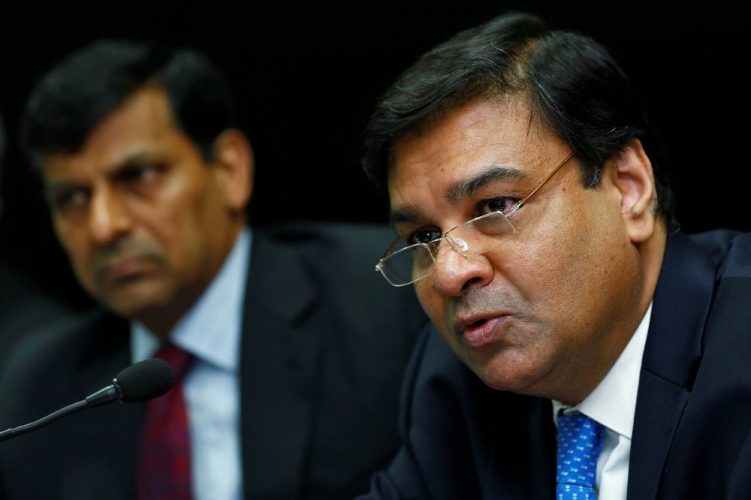 NEW DELHI : India’s incoming central bank governor Urjit Patel will aggressively fight inflation and continue a policy of a stable rupee and cash injections into the financial system, investors said, offering a comforting degree of continuity to his predecessor’s policies.

That could help overcome an expected initial negative reaction in bond markets on Monday, when the benchmark 10-year bond yield is expected to rise 2-3 basis points due to bets Patel will hold interest rates in the near-term.

But on a broader view, Patel is seen as offering the closest feel to a second term by Raghuram Rajan, who unexpectedly announced in June he’s quitting as governor.

Rajan won the respect of investors for helping stabilise confidence in India after taking over in 2013 when the country was in the midst of a currency crisis.

Patel, a deputy governor of the Reserve Bank of India (RBI) since 2013, was appointed to the top post on Saturday and starts his new role on Sept. 4.

Moody’s Investors Service and Fitch Ratings said on Sunday the appointment of Patel signalled continuity for the RBI’s policies.

Investors will cheer the continuity given Rajan’s policies, combined with the prospect of reforms by Prime Minister Narendra Modi’s government, have lifted markets and helped to make India popular with foreign investors.

Benchmark 10-year bond yields have slumped about 130 basis points since Rajan began his tenure, while the broader NSE stock index has surged about 60 percent.

On inflation, investors expect Patel to hold interest rates at the RBI’s next policy review on Oct. 4 after consumer inflation accelerated to 6.07 percent in July, the fourth consecutive month above the RBI’s near-term target of 5 percent.

The RBI had cut the policy repo rate by 150 bps from January 2015 to April this year but has held them steady since then due to rising inflation.

Analysts, though, see scope for a rate cut at the end of this year or early in 2017 should food prices moderate in months ahead as monsoon rains have been above average.

But Patel, like Rajan, is seen as likely to keep inflation closer to 4 percent in the medium term, the midpoint of the RBI’s 2-6 percent range, tempering some of the returns for bonds should that lead to higher interest rates.

“On monetary policy Dr Patel can be expected to continue with the data contingent approach. Further, RBI may continue to stress on the 4 percent target,” said A. Prasanna, an economist at ICICI Securities Primary Dealership.

STABLE RUPEEPatel is also expected to maintain the RBI’s policy of injecting cash through bond purchases, which, since April, have reduced the liquidity deficit in the banking system to virtually zero from over 1 trillion rupees ($ 14.90 billion).

The move toward a more neutral liquidity stance marks an about turn after the RBI came under strong criticism from traders and bankers that it had kept cash conditions too tight – an area that was under Patel’s remit.

On the rupee, analysts expect Patel to continue the focus on stability, an area important to the RBI after India in 2013 suffered its worst currency crisis in more than two decades.

The rupee has been stable through Rajan’s tenure through frequent interventions – closing on Friday at 67.07 to the dollar, or almost the same level as when Rajan took over.

The RBI has also built up record foreign exchange reserves of $ 365.82 billion as additional insurance as India faces the looming expiration of dollar term deposits that it raised from citizens abroad during 2013, which could lead to volatility in the rupee.