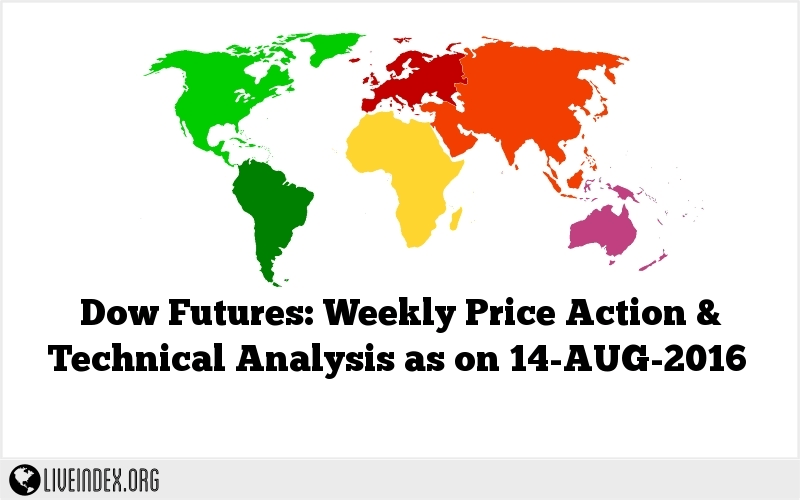 Over the last week, the market has triggered the Bullish Weekly pinbar of the former week. Most of the stock markets have time and patience, printing creeping Daily uptrends, and the Dow was no different.

Mentioned in the previous reviews, we are in a major Weekly swing bullish setup pointing at 19200 as a target. The passing week completed a Weekly reversal and a HH which is a new all time High, so the stops for this move can be raised from below the Low of 16961 to below 18170, the previous week’s pinbar’s Low. Of course this is not relevant for the retail trader’s positions, but it is important to understand what the current mega move of the market is, and where the stops are currently, so we could understand that it is over.

The target of the current Weekly bullish pinbar’s setup is 18760, which is the same amplitude of the former week’s pinbar. This target is very closed to the 161.8% extension level of the whole correction that took place from April to June, at 18776. Also the Monthly upper Bollinger Band is at 18770. These three indications may point that a Weekly reaction (at least) is expected once we get closed to those levels.

The last Daily swing bullish setup is pointing to 18625, and we might face a Daily reaction at that level, due to that, or near to 16683 level which is the 161.8% extension of the Brexit poll bearish reaction.

Another important indication is that the Monthly bar has already made a HH, a clear sign of strength. 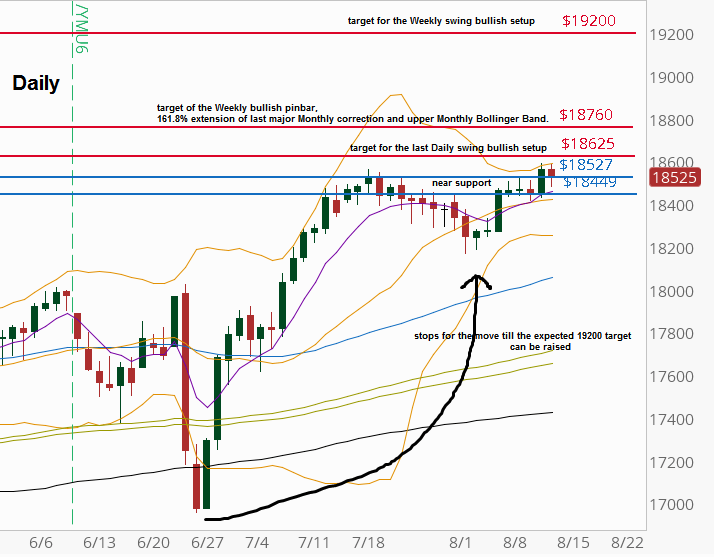 Dow Futures, Daily chart (at the courtesy of thinkorswim.com)

Disclaimer: Anyone who takes action by this article does it at his own risk and understanding, and the writer won’t have any liability for any damages caused by this action