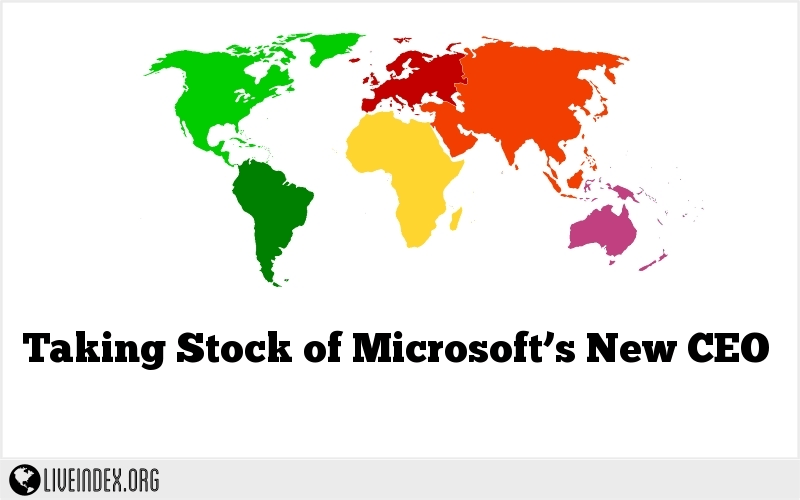 Microsoft (NasdaqGS: MSFT) has chosen its next CEO from within its own ranks, selecting Satya Nadella, a 22-year veteran of the company and head of its Cloud and Enterprise group, for the post, effective immediately.

The early betting was that Microsoft, which has been late to the smartphone, tablet and cloud markets, would pick an outsider. Speculation swirled around Ford (NYSE: F) CEO Alan Mullaly, until he recently saidhe would stick with the automaker through 2014.

Nokia CEO Stephen Elop was also thought to be in the running, especially with Microsoft about to acquire Nokia’s devices unit in a $ 7.2-billion deal. This business makes the Lumia smartphone line, which runs the Windows Phone operating system.

Reaction to Nadella’s appointment has been mostly positive, with the Wall Street Journal calling him “a safe choice, with edge,” because of his experience serving corporate customers, who provide over half of Microsoft’s revenue, his background in the crucial cloud computing market and his ability to work within the company’s corporate culture.

In its fiscal 2014 second quarter, which ended December 31, Microsoft’s commercial cloud services revenue more than doubled from a year earlier. It also saw users of its Azure cloud platform and Office 365, which offers its productivity programs via subscription, grow by triple digits. The cloud gains helped increase Microsoft’s overall commercial revenue by 10%, to $ 12.7 billion.

Changes made under Nadella have been credited for the Cloud and Enterprise group’s success. For example, the company now runs a range of open source software on the Azure cloud service, including the Linux operating system, a long-time Windows rival.

“Satya was really one of the people who helped build up the commercial muscle,” Evercore Partners analyst Kirk Materne told the BBC. “He has a great understanding of what’s going on in the cloud and the importance of delivering more software as a service.”

On the minus side, Nadella has no experience running a company—particularly one as big and complex as Microsoft, the fourth-biggest component in the S&P 500 by market cap.

Some fear this will limit his ability to change the company’s direction and leave it open to influence from Ballmer, who will remain on the company’s board, and Gates, who leaves his position as board chairman to take on a new role as “founder and technology advisor.”

“We do not want to see a continuation of the existing direction for the business, so it will be important that Mr. Nadella be free to make changes,” said Nomura analyst Rick Sherlund.

Apart from continued growth in the cloud, Nadella’s priorities will include the company’s offerings in the smartphone, tablet and Internet search markets. The good news is that it has made gains in these areas recently, but it’s still far behind competitors like Google (NasdaqGS: GOOG) and Apple (NasdaqGS: AAPL):

… But He Has Plenty of Tools at His Disposal

Still, Microsoft is far from on the ropes: various versions of its Windows operating system still run over 90% of the world’s computers, according to Netmarketshare, and its Xbox game consoles remain hugely popular, with unit sales of 7.4 million in the latest quarter, compared to 5.9 million a year ago, thanks to the success of the new Xbox One.

Global PC shipments have been falling steadily as users continue to switch to mobile devices: according to IT research firm Gartner, shipments fell 6.9% in the fourth quarter of 2013 from a year earlier, to 82.6 million units.

However, there are signs the market could be stabilizing: in a December analysis, IT research firm IDC forecast a 3.8% decline in 2014 and for shipments to turn “slightly positive in the longer term,” with a total of just above 300 million annually.

In addition, Microsoft boasts a strong balance sheet, with cash and short-term investments of $ 83.9 billion and $ 20.7 billion in long-term debt, as of December 31. It devotes about 14% of its revenue to research and development spending.

Surface 2 “Is a Solid Platform”

“The new Surface 2 tablet is a solid platform, much faster than Microsoft’s original tablet, thanks to faster chips from Intel (NasdaqGS: INTC),” they wrote in a January 20 article on Microsoft in our Smart Tech Investor advisory.

“It is a bit pricey when dressed up with the hardware and software needed to work its way up to where it really can replace laptops as the platform of choice for personal and business users. But the right marketing strategy should be able to overcome that, just as Apple has been able to do with its higher-priced product offerings.”

Boeckl and Pearce see the continued evolution of the Surface and the Nokia acquisition as two key factors that will help move Microsoft toward more meaningful smartphone and tablet entries.

“Microsoft is looked upon as a backward-looking technology company,” he recently told Bloomberg. “I believe, on the other hand, that there’s a deep future for the company and that they will, over a period of time, gain traction not only on the device side and the mobile side, but also compete on the cloud side.”