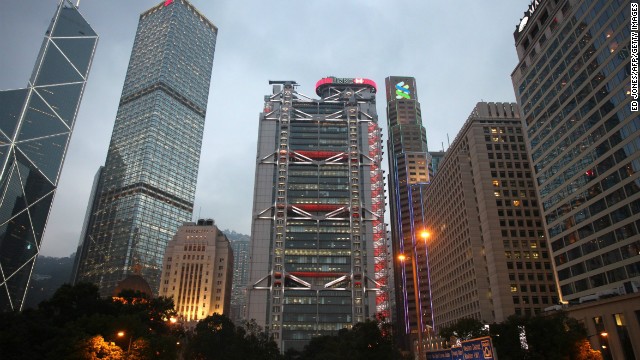 HONG KONG : The ejection of an analyst from a company briefing in Hong Kong last week has laid bare the pressure on negative research in the Asian financial hub, fuelling concern that critics of companies are being muffled amid a broader clampdown on freedom of speech.Macquarie analyst Timothy Lam was told to leave an earnings briefing by China’s Pax Global Technology on Wednesday after a heated exchange with chief financial officer Chris Lee that was videotaped and circulated on social media. Lam was the only analyst at the time covering the stock with a ‘sell’ recommendation, according to Thomson Reuters Eikon data.

In social media posts, Lee said the analyst’s reports had inaccuracies, though he later said he “welcomed all diverse points of view and perspectives toward the company”. Pax Global said the “one-off” incident did not represent the standpoint of management. Macquarie declined to comment.

Former analysts and hedge fund managers, though, said Hong Kong-listed companies – 60 percent of which are incorporated in mainland China, often with shareholdings dominated by powerful founding families – are especially sensitive to criticism, and alienate researchers who question their business.

A former Hong Kong-based analyst covering Chinese financials at a global bank said she experienced significant pressure to recommend ‘buys’, and had been deliberately excluded from company briefings after recommending investors ‘sell’ the stock.

Short-sell activist Carson Block, who took aim at several Chinese companies including Hong Kong-listed Superb Summit , has said he moved to California from Hong Kong because he received death threats, according to several media reports. Another prominent short seller who bet against Chinese companies, Jon Carnes, has said he was threatened by representatives of one of those companies.

A spate of attacks in 2010-12 on Chinese companies listed overseas heightened sensitivity among companies and regulators to this type of public criticism. Last year’s Chinese stock market crash deepened that sensitivity, with local media blaming “malicious” shorting of Chinese stocks by foreigners.

Entrenched hostility towards critics of Hong Kong companies has been compounded by a tougher stance taken by the Securities and Futures Commission (SFC), which in 2014 tried to fine Moody’s Investor Services HK$ 23 million ($ 3 million) over a 2011 report in which it raised corporate governance concerns about more than four dozen Chinese companies.

Moody’s is appealing the SFC’s claims that its report broke SFC rules by containing inaccuracies, and has said the SFC action is an attack on freedom of speech.

The SFC has also taken Andrew Left, head of U.S.-based Citron Research, to Hong Kong’s Market Misconduct Tribunal alleging he manipulated the market through the publication of a 2012 report on Chinese property developer Evergrande.

“In Hong Kong, there’s a culture of regulatory bias against critics,” said David Webb, a prominent Hong Kong corporate governance activist and investor. He said the Moody’s action in particular had a “chilling effect on negative research”.

The SFC did not respond to requests for comment, but it has said previously it does not intend to stifle freedom of speech.

An individual familiar with the watchdog’s thinking said negative research served an important purpose – provided it was accurate and responsible.

Short-sellers said the SFC’s tougher stance has contributed to a marked decline in attacks on Chinese companies, with just seven so far this year compared with an annual average of around two dozen, according to Activist Shorts Research data.

“If it’s not fear of retaliation from the target company, it’s fear of a heavy-handed regulator” that is deterring attacks, Anonymous Analytics, which has targeted four Hong Kong-listed companies, wrote in an Activist Shorts newsletter last month. “The SFC has succeeded in suppressing negative opinions and views from being published and easily accessible to all.”

The debate over negative research comes amid a broader tussle between China’s Communist Party leaders and those backing democratic institutions in Hong Kong. Journalists and rights groups in Hong Kong have warned of greater censorship, with mainland Chinese officials influencing local newsrooms.

Some investor activists said they believe the SFC’s actions reflect a broader policy push on the part of the Hong Kong government and elites to suppress negative views.

Webb, the activist investor, noted a recent SFC proposal to require companies to disclose more of their short positions.

“The policy on disclosure of short positions is coming from the government who are under pressure from tycoons who don’t like people being critical of their companies and shorting their shares,” he said.

The government’s Financial Services and Treasury Bureau did not immediately respond to requests for comment.