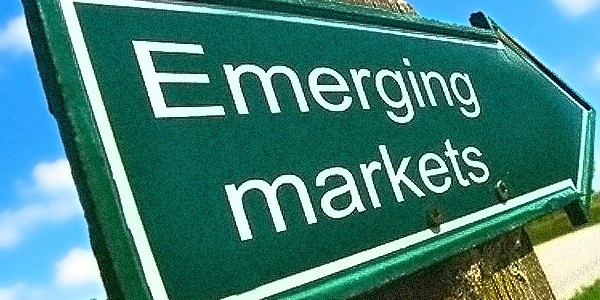 These factors have combined to pull emerging stocks off the near one-year highs hit on Monday, pushing the MSCI index to a one-week low. With year-to-date gains of nearly 10 percent, it has outperformed most developed stock markets.

“This is a moment of pause in the risk-taking trend…we could be fluctuating slightly wider for emerging spreads for the time being,” said Luis Costa, head of CEEMEA debt and FX strategy at Citi.

But he said the case for bonds looked intact as weaker oil was benefiting importers and inflation, but had not yet triggered a selloff on U.S. high yield bonds that could filter into emerging debt.

Most emerging currencies fell, with the rand down 0.2 percent off recent nine-month highs as South Africans voted in municipal elections that are effectively a referendum on President Jacob Zuma’s leadership and the stagnant economy .

The lira slumped half a percent after data showed consumer inflation at 1.16 percent in July, exceeding forecasts of 0.9 percent and giving an annual 8.79 percent rise .

“The CPI is bringing about a bit of selloff in the rates market,” Costa said, adding the consequences of a July 15 failed coup and the subsequent crackdown were being felt and would be fully evident only over a few months.

Nomura analyst Tim Ash said the data showed the need for a pause in the rate cutting cycle.

“This data is pretty poor across the board – makes it hard to explain the last 25 basis point cut by the (central bank) last month, and surely now makes it difficult…to make another near-term rate cut.”

In eastern Europe, the Polish zloty inched to new two-month highs against the euro though stocks pulled back slightly after Tuesday’s 2 percent gains. Markets were boosted by news that conversions of Swiss franc mortgages into zloty would be less punitive for banks than feared

Czech stocks however fell 2 percent, led by a 7 percent plunge in Komercni Banka which pulled back from a policy of paying high dividends.

Russian stocks touched two-week lows, while the rouble was flat against the dollar, shrugging off data showing the fastest services sector expansion since 2013.

Meanwhile Ghana is expected to issue an amortizing dollar-denominated bond of up to $ 1 billion at some point this week, according to sources and the lead organisers.