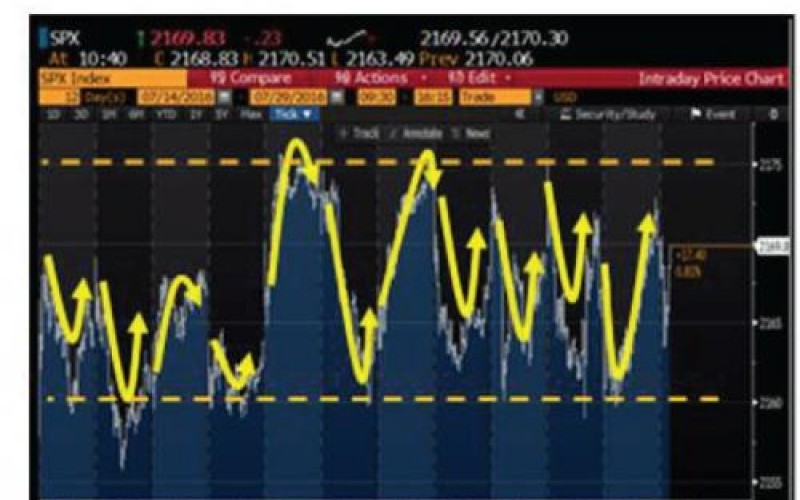 Ever since Brexit, traders – and mostly bears – have been scratching their heads over not only by the S&P500’s tremendous rally but also but the market’s seeming ability to immediately digest through any incremental negative news, both economic and geopolitical and rebound immediately from a support level at around 2,150. And while there has been speculation of central bank intervention to prop up the S&P any time it approaches this key level (something which several years ago would be considered ridiculous but now is all too possible), it turns out there is another – perhaps even more unexpected – reason why the market remains “pinned” in its historic trading range of 2,150 to 2,180.

Here it the explanation from JPM’s head quant, Marko Kolanovic.

Naively assuming a normal distribution of returns, one would expect this scenario to happen once every ~10,000 years. The fact that we see this type of behavior demonstrates market inefficiency—in this case driven by hedging of option exposure. Quite literally, the market was pinned. Over the past 3 weeks, the amount of call options exceeding put options (in terms of gamma exposure) averaged almost $ 40bn (per 1%), which is the largest call to put gamma imbalance ever observed.

Whether central banks will respond with even more of the same to this upcoming “increase in volatility”, remains to be seen. Looking at today’s market action, with 2,150 in the cash index suddenly in jeopardy, we may get the answer very soon.