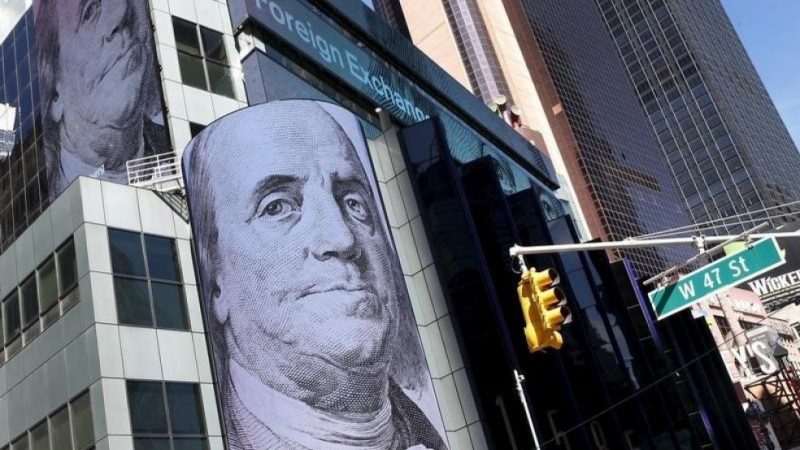 US : Why big brokerages only want Multi-Millionaires now

Big U.S. brokerages are redefining the term “wealthy” in their pursuit of ever-richer clients to prop up margins eroded by historically low interest rates and growing regulatory burdens.

Brokerages owned by Morgan Stanley, Bank of America and Wells Fargo have been using new incentives and penalties to push financial advisers to bring in more multi-millionaires and whittle down smaller accounts.

Clients with less than $ 750,000 are now considered “mass affluent,” meaning they may not get the same service as top customers because their financial needs are simpler, said Kendra Thompson, who heads the wealth and asset management division of consulting firm Accenture. Industry sources say that figure was closer to $ 250,000 before the financial crisis.

In a departure from their decades-long commitment to all investors, brokerages are increasingly referring customers with as much as a couple hundred thousand dollars to call centers and digital advice platforms, executives and advisers say.

Rich investors not only have more assets to manage. They can also bring additional business such as estate planning or lending against fine art, they say.

Serving those clients “used to be about prestige, now it’s about margins,” said Jane Swan, a managing director who focuses on the wealth management industry at recruiting firm Sheffield Haworth.

The gradual shift toward clients with millions rather than hundreds of thousands to invest has accelerated in recent months, in part because of new rules on financial advisory services, executives, advisers and industry consultants say.

“All of these firms are mid-step in major transformations,” said Accenture’s Thompson.

Announced in April and due to be phased in by 2018, the Labor Department’s fiduciary rule will explicitly require advisers to act in clients’ “best interest.” The current standard obliges them to offer products that are “suitable.”

In the meantime, brokerages are getting ready for its implementation, in part by shifting their business up the wealth scale.

“Somebody with $ 32,000 to invest does not need a Morgan Stanley financial adviser to help them do it,” the bank’s chief executive, James Gorman, told a conference last month.

Morgan Stanley’s wealth business has grown assets from households with over $ 10 million to invest by 88 percent since 2009, Gorman said at a financial services conference in June, describing millionaire clients as a “sweet spot” in the bank’s business.

While overall client assets under Morgan Stanley’s management rose $ 515 billion since 2009, those coming from households with less than $ 100,000 fell by 27 percent. The firm has reduced financial advisers’ commissions for clients under that threshold, encouraging brokers to send them to a call center instead.

Similarly, Merrill Lynch has stopped paying brokers on accounts with less than $ 250,000 in assets. Wells Fargo, meanwhile, has begun offering bonuses to advisers when at least three-quarters of their clients have $ 250,000 or more in their accounts. Wells also recruited over 100 private bankers from Credit Suisse AG last year to bolster its high net worth business.

As a result of the growing focus on wealthy clients, financial advisers are raking in more in revenue. They brought in $ 695,000 on average last year, up 6 percent from 2014 and 53 percent more than in 2009, according to investment data firm PriceMetrix.

In fact, advisers at Morgan Stanley, Merrill Lynch and UBS Group AG’s wealth management business in the Americas have already come close to or exceeded the $ 1 million mark for annual revenue.

“Unless you have a couple hundred thousand at the branch, they don’t want to give you the time of day,” said Bryan Frank, who was once a brokerage customer but shifted his money to the digital platform Betterment in 2012.

Analysts expect the trend to continue, but warn that brokerages’ pursuit of rich clientele comes with its own risks.

They face fierce competition not just from their peers, but also elite private banks, putting pressure on fees.

Big brokerages must also be careful not to alienate those just below the top wealth bracket, who produce leaner margins, but represent a bigger chunk of the business, analysts say.

If neglected, customers like Frank can drift to digital platforms, or robo advisers, such as Betterment or Wealthfront, which use algorithms and have low fees and tiny account minimums.

Most big brokerages are developing their own robo platforms, or planning to partner with one. Bank of America, Morgan Stanley, UBS and Wells Fargo also have call centers that can serve small clients, hoping it will help keep them while allowing advisers to focus on big accounts.

“People with certain levels of wealth have issues that are very distinct,” said Brad DeHond, a Morgan Stanley financial adviser in Chicago who focuses on clients with more than $ 20 million in assets. “It isn’t a matter of just having some extra zeroes at the end of their statements.”