Emerging stocks were set for a second month of gains on Friday though they slipped off 11-month highs after Japan’s new stimulus round disappointed markets, while a plunge in oil prices also weighed.

The Bank of Japan opted to modestly increase ETF purchases while keeping rates unchanged, maintaining its base money targets and the pace of other asset purchases.

But the index is up slightly on the week and has risen 4 percent in July, thanks to strong inflow momentum into emerging equity funds which took $ 1.7 billion over the past week, according to JPMorgan. Net outflows stand at $ 2.1 billion this year after a combined $ 100 billion loss in 2015 and 2014.

“EM fixed income benchmarks are giving double digit returns so there is a lot of appetite out there to chase those returns higher still,” said Manik Narain, a strategist at UBS.

“Post-BOJ there is a small pullback but it’s concentrated on oil-centred emerging markets and the market seems confident the low-yield environment and stabilising emerging growth is consistent with EM assets holding up.”

The Russian rouble and the Malaysian ringgit fell more than half a percent, as oil prices touched fresh three-month lows, while another oil credit, the Mexican peso, slipped 0.3 percent against the dollar .

Currency weakness could swing Russia’s central bank towards keeping interest rates on hold at its meeting on Friday – most analysts expect rates to stay at 10.5 percent, especially after inflation ticked up in June.

BNP Paribas was among those predicting a cut but it warned the rouble’s 5 percent depreciation since mid-July “is a factor that may limit or even delay the size of rate cuts today”.

Turkish stocks were set to end the week with gains of almost 5 percent, recovering some of last week’s post-coup losses . The lira has risen around 1.7 percent on the week versus the dollar but stayed flat on the day.

The markets were digesting poor data on Turkey’s trade deficit, which widened 5 percent in June from a year earlier . The deterioration highlighting Turkey’s continued reliance on external capital flows for its current account.

“The current account deficit is expanding at a time when growth is slowing so there are signs fundamental forces were working against the lira even before the coup,” Narain said. “I don’t feel very excited about the lira at this stage.”

Egyptian stock markets were shut but ended Thursday with weekly and monthly gains of 8 percent and 16 percent respectively after news of loan talks with the International Monetary Fund (IMF) and expectations of a currency devaluation. 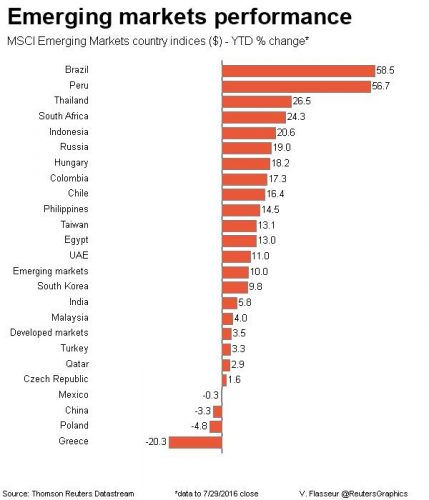 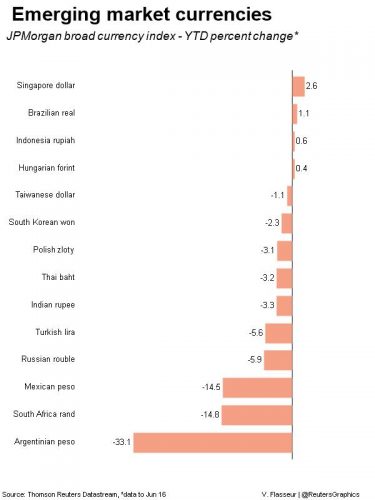 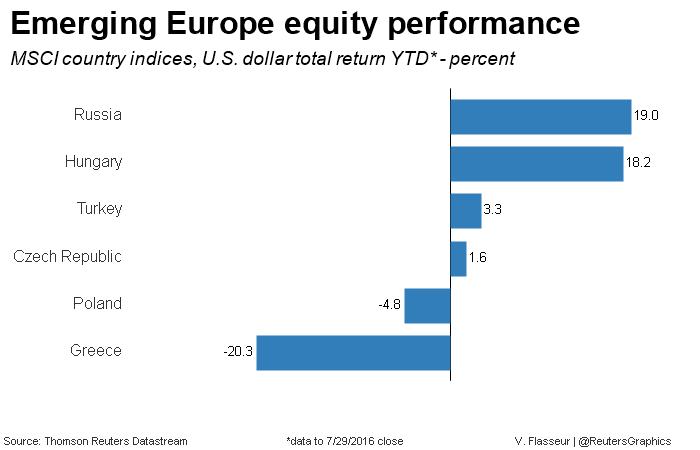 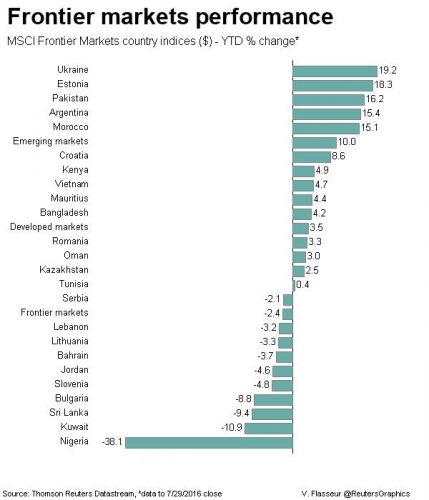