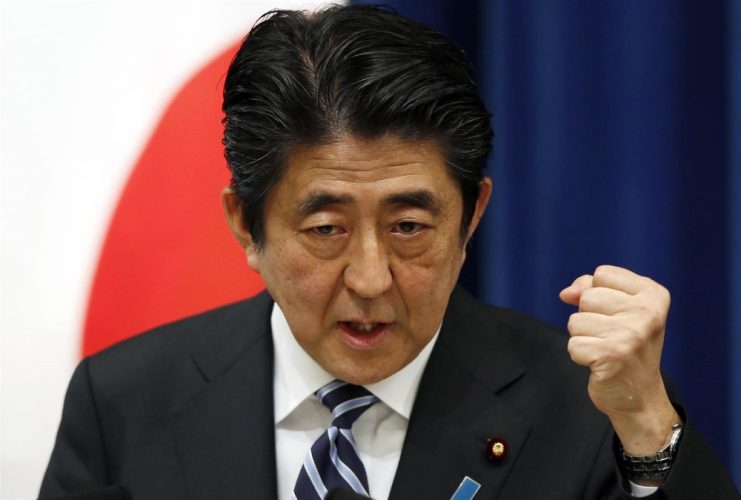 TOKYO : Japan will fail to meet its goal of achieving in fiscal 2020 nominal gross domestic product of 600 trillion yen ($ 5.7 trillion) even in fiscal 2024 if growth remains sluggish, the government’s projections showed on Tuesday, adding pressure on policymakers struggling to revive the economy.

Japan also expects to have a primary deficit of 9.2 trillion yen if growth remains weak, and fail to reach its target of a primary budget surplus even in fiscal 2024.

The forecasts assume mid- to long-term real economic growth of 1 percent or less, but do not take into account a massive stimulus package expected this autumn, the Cabinet Office said.

Prime Minister Abe told reporters after the panel meeting, however, that Japan will work toward achieving its 600 trillion yen GDP target through reforms in spending, and added that it is sticking to its goal of reaching a primary budget surplus in fiscal 2020.

Chronically weak growth is a headache for Prime Minister Shinzo Abe, who has struggled to boost growth despite three years of his “Abenomics” recipe of hyper-easy monetary policy, spending and structural reforms.

Even under a rosy scenario that assumes economic growth would pick up, Japan is set to miss its GDP target and its goal of achieving a primary budget surplus in fiscal 2020.

The primary budget, which excludes debt servicing costs and income from bond sales, is a key measure of fiscal health. In June, Prime Minister Shinzo Abe delayed a sales tax increase to October 2019 from next April because of growing risks to the economy – a step some economists worry would worsen Japan’s fiscal discipline.

The forecasts were submitted to the Council on Economic and Fiscal Policy (CEFP), the government’s advisory panel.