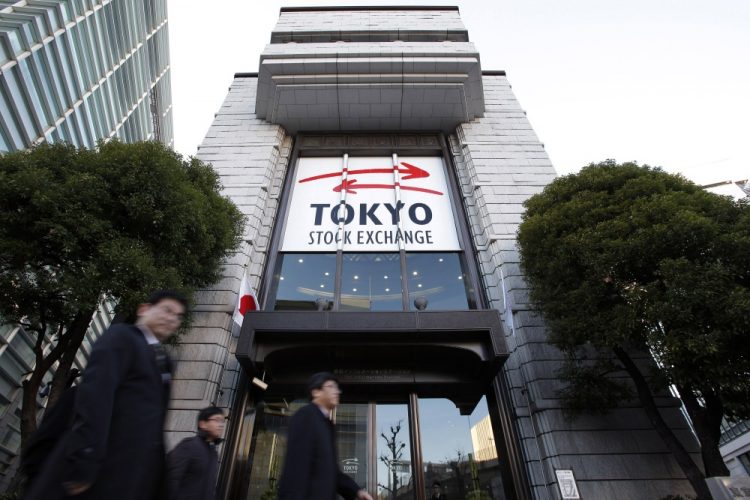 TOKYO : Asian shares extended gains to eight-month highs on Friday, on track for a solid weekly rise, as better-than-expected economic data from China lifted risk sentiment that was already buoyant after record highs on Wall Street.

China’s economy grew 6.7 percent in the second quarter from a year earlier, steady from the first quarter and slightly better than expected as the government stepped up efforts to stabilize growth in the world’s second-largest economy.

“The data showed the signs of stabilisation, which is very encouraging,” said Julian Wang, economist for Greater China at HSBC.

“However, public sector investment and housing market are slowing down. So the challenges still loom quite large in the second half of the year.”

MSCI’s broadest index of Asia-Pacific shares outside Japan was up 0.9 percent, on track to gain more than 5 percent for the week in which it pushed to levels not seen since November.

On Thursday, both the Dow Jones industrial average and the S&P 500 closed at record highs.

China stocks were moderately higher, with the CSI300 index of the largest listed companies in Shanghai and Shenzhen up 0.1 percent and the Shanghai Composite Index rising 0.2 percent.

Japan’s Nikkei added 1.2 percent, poised for a weekly gain of over 9 percent with the tailwind from a weaker yen after Japanese Prime Minister Shinzo Abe called for a fresh round of fiscal stimulus following last weekend’s victory for his ruling coalition.

Part of the yen’s recent weakness was also due to some investors’ hopes that former U.S. Federal Reserve chair Ben Bernanke’s meetings with Japanese leaders this week would herald the adoption of further stimulus policy, to help meet the goals of the ambitious “Abenomics” reform plan.

“The amount of outflows from Japan year to date versus the amount of inflows in the last two weeks, it’s been a significant reversal,” said Logan Best, vice president of securities trading at INTL FCStone Financial in Orlando.

“We’re talking about billions of dollars being put back to work, in the past week. I’m seeing significant buyers every day,” he said. “There’s definitely some hope rekindled in Abenomics.”

News of an attack in France had lifted the safe-haven yen in early trading. An attacker killed more than 70 people and injured scores when he drove a truck at high speed into a crowd watching Bastille Day fireworks in the French Riviera city of Nice late on Thursday.

“Initially, some U.S. short-term guys used it as an excuse to test the downside and sell ahead of the long weekend in Tokyo,” said Kaneo Ogino, director at foreign exchange research firm Global-info Co in Tokyo, referring to Monday’s public holiday that will close markets here.

The dollar jumped 0.8 percent to 106.20 yen, having dipped as low as 105.05 earlier in the session. It was on track to gain more than 5 percent for the week against its Japanese counterpart.

The pound was up 0.8 percent at $ 1.3440, after the Bank of England on Thursday surprised many investors by leaving interest rates unchanged instead of cutting to reduce the economic impact of Britain’s vote last month to leave the European Union.

Oil prices gave up some of their overnight gains in early trading, after rising 2 percent on Thursday as traders covered short positions after data showing weak U.S. fuel demand. [O/R]