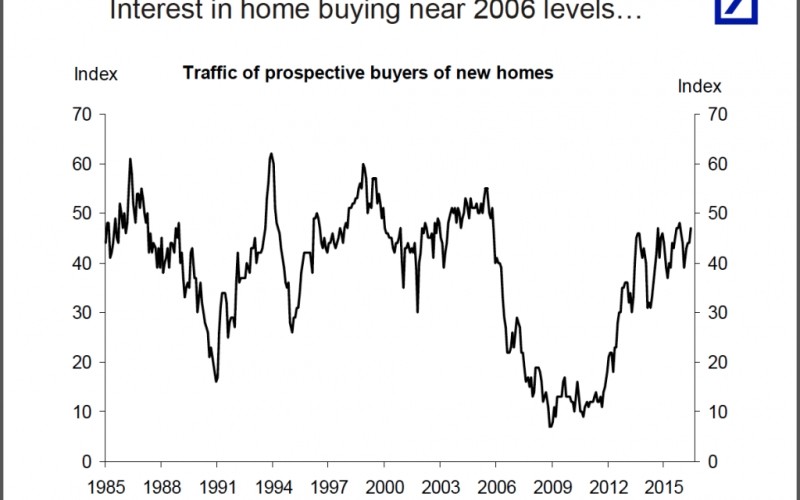 US : Time heals all wounds, even in the real estate market.

There’s likely no sector as important to the U.S. economy as housing.

In the first quarter of 2016, residential investment accounted for roughly half of the 1.1% increase in real GDP. Historically, this is on the high side, but when you count spending on housing services as well as spending on various kinds of housing construction, the home construction industry can account for as much as one fifth of overall output in the U.S. economy.

That’s why housing has traditionally powered the American economy out of recessions, and that’s why housing’s role as the trigger of the Great Recession was so damning to the subsequent recovery. While housing prices have improved—with home values in some markets higher than before the crisis—there’s evidence that the housing bust has inflicted long-term damage on the home building industry and therefore the American economy. Here are 6 charts from Torsten Slok, Deutsche Bank’s Chief International Economist, that show the state of the housing market and how it’s powering, and holding back, the rest of the economy.

There’s evidence that the millennial generation has been slow to warm to the idea of homeownership, as they are generally delaying decisions like marriage and child rearing. But as this chart shows, overall, Americans are still in the market for new homes. 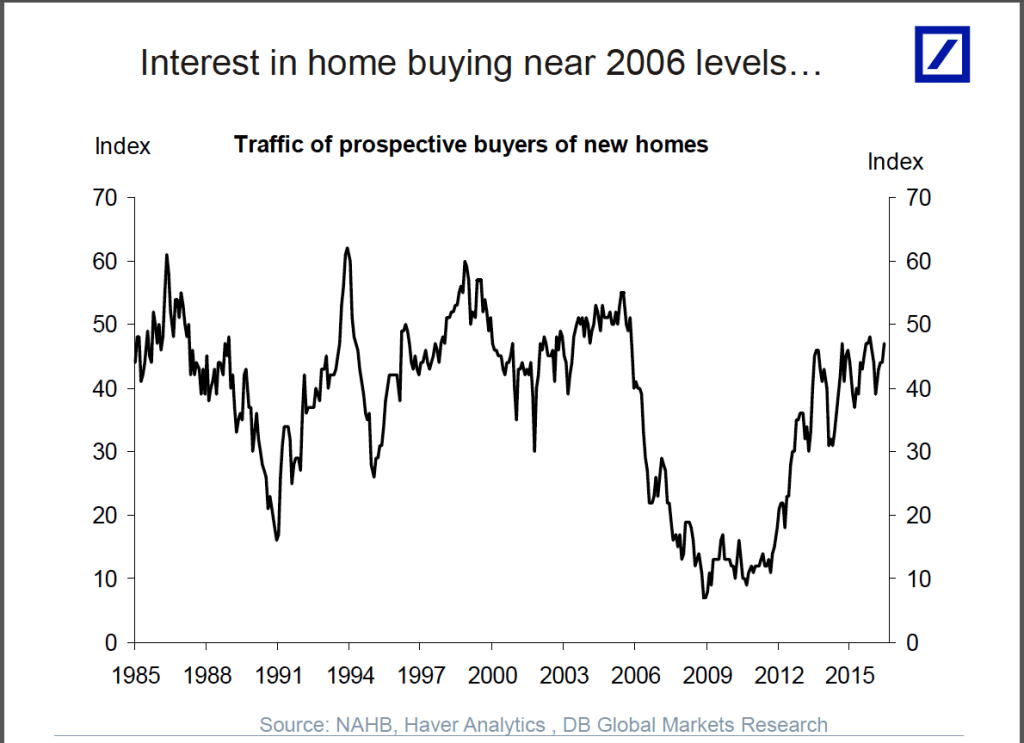 But Homebuilders Have Been Slow to Respond to Demand

The rate at which homebuilders are constructing new single family homes remains quite depressed, despite steadily increasing demand. Those in the business have argued that supply-side factors, like increased regulation and a short supply of skilled labor as reasons they have been slow to meet demand. 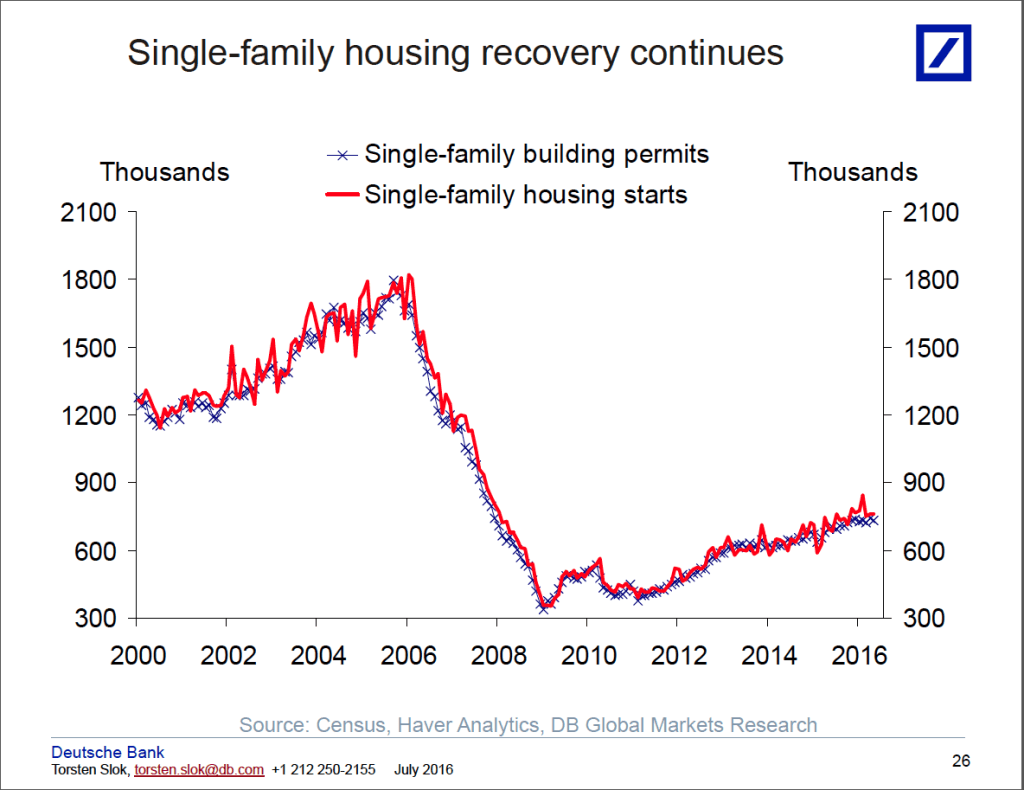 There are many metrics that one can use to show that homebuilders have decided that it makes sense for them to target wealthier buyers, but the above chart is striking. During an otherwise sluggish economic recovery, the increase in the size of new homes for sale has actually accelerated. 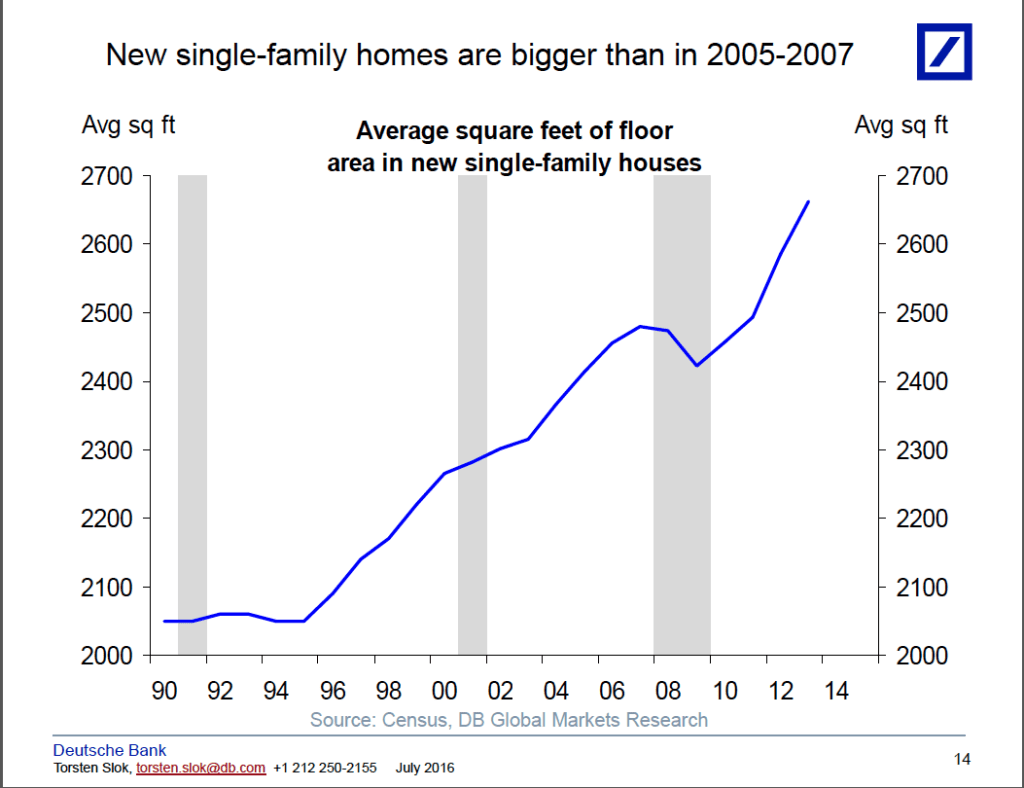 Because Middle-Class Homebuyers Can’t Get Financing

Home builders aren’t the only business that has been turning it’s back on the American middle, for the simple reason that middle class incomes have been on the decline for years now. Furthermore, the mortgage finance industry is still leery of lending to all but the most creditworthy borrowers. 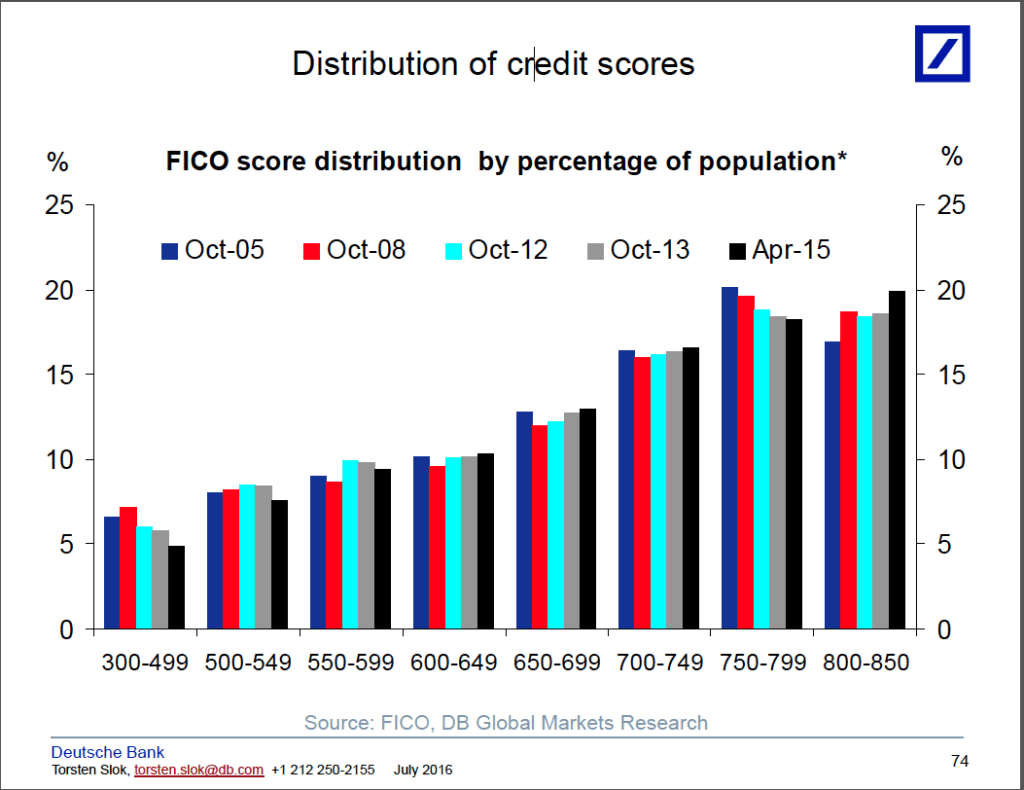 Rental Markets are Tighter Than They’ve Been in Generations

The lack of credit available for new homebuyers has forced more and more homeowners into the rental market, driving up rents and put further pressure on already strained middle-class budgets. 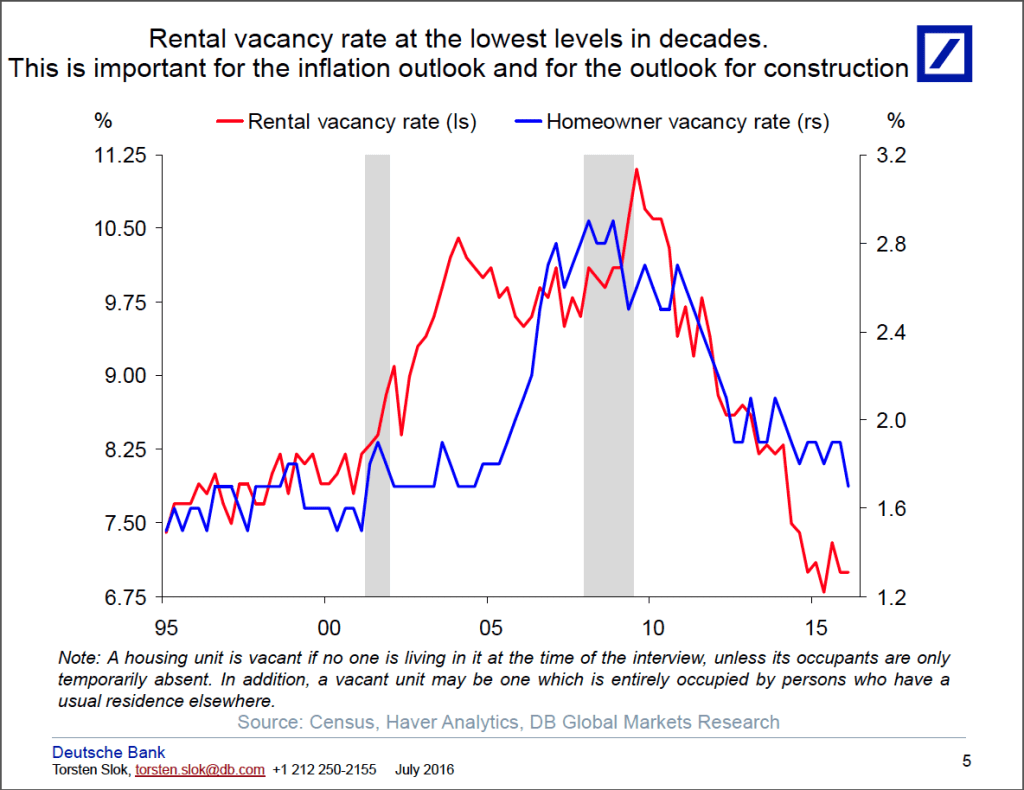 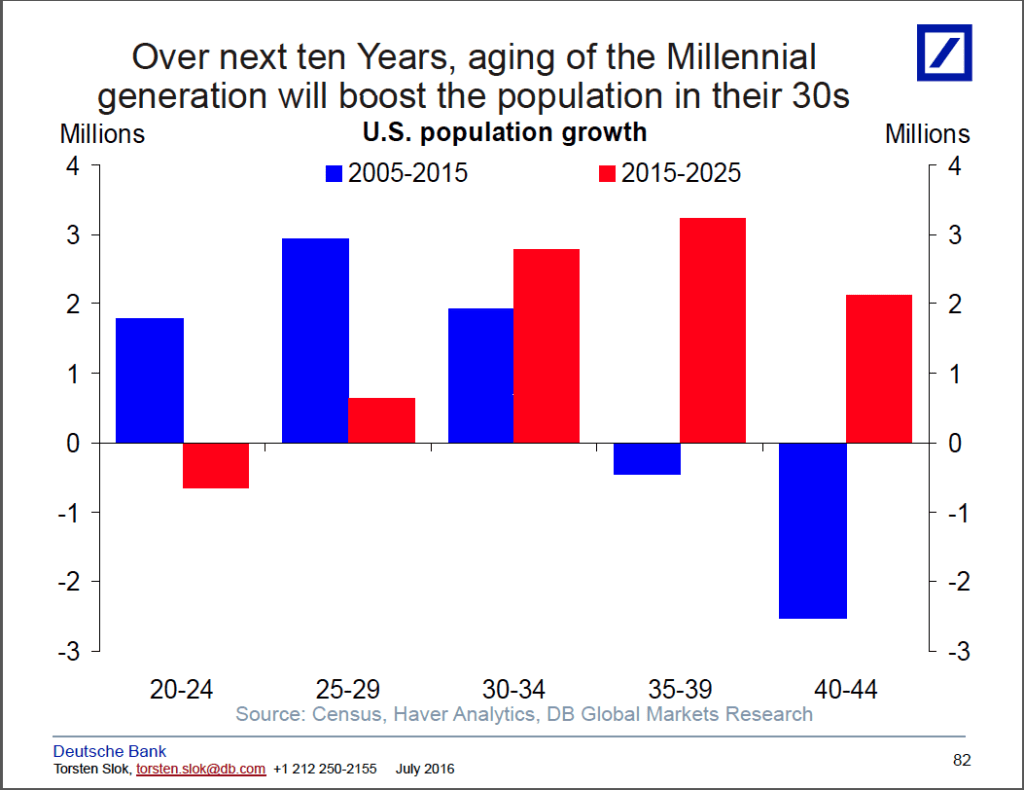 Despite what appears to be a negative feedback loop of stagnating middle-class incomes, tight credit, and a homebuilding industry that can’t profitably cater to most of the country, demographics have analysts hopeful that things will turn around in the future. The modal age in America is 26, and this echo-boom generation has yet to settle down and seriously consider homeownership. Analysts hope that this new demographic wave will jolt the housing sector back into pre-bubble normalcy. And we’re moving in the right direction.