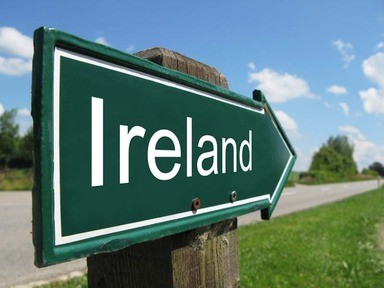 Ireland’s economy grew an unprecedented 26.3% in 2015, according to the country’s Central Statistics Office, rising significantly above the nation’s previous estimate of 6.8%. It even exceeded each of China’s annual growth rates since 1989.

Though that doesn’t mean its time to brace for the rise of an Irish superpower… quite yet.

The unbelievably high figure owes largely to Ireland’s low tax rate of 12.5%. Those low taxes have been the motivation behind several notable recent mergers and acquisitions, such as the attempted $ 160 billion deal between U.S.-based Allergan to the smaller, Ireland-based Pfizer, or the 2013 acquisition of Irish biotech firm, Elan, by Perrigo for $ 8.6 billion. By moving headquarters to Ireland, firms can leave behind the U.S.’s hefty corporate tax of roughly 35% in favor of the Emerald Isle’s less punishing rates.

In doing so, the corporations global profits are now being reported in Ireland.

While economists are likely still trying to parse out which part of Ireland’s GDP growth is, in a sense, artificially inflated, and which part is real growth, the figure is likely ringing alarm bells for Capitol Hill.

The U.S. government began cracking down on tax inversion mergers and acquisitions in 2015, with Pfizer walking away from the Allergan deal in April after the U.S. Treasury announced new restrictions on tax inversions.

Meanwhile, both presumptive presidential nominees, Hillary Clinton and Donald Trump, have adopted the issue as part of their rhetoric. Clinton has proposed an “exit tax,” which would tax a company’s foreign earnings at the time of an inversion deal. Trump has also proposed a plan to charge a one-time, 10% tax on cash held overseas.