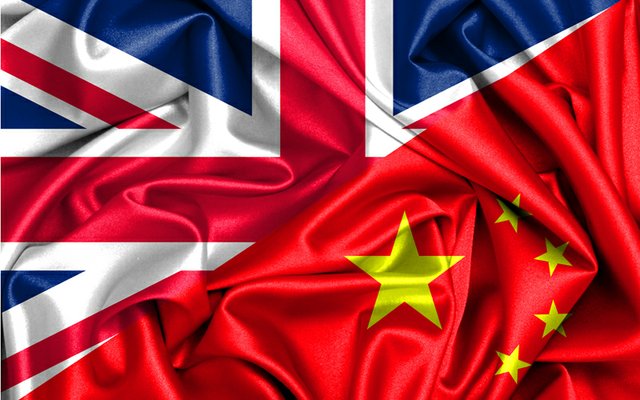 UK : We Need to Sell Britain to the World, Osborne says, Eyeing China

In an interview with the paper, Osborne said: “We have got to get on a plane and sell Britain to the world.”

The Brexit vote threatens to redefine Britain’s growing financial services relationship with China, which has agreed to a number of joint projects as part of the China-UK Economic and Financial Dialogue program to deepen economic ties between the two counties, based largely on the UK’s membership of the EU.

Chinese President Xi Jinping paid a state visit to Britain last October to seal what both call a “golden time” in relations.

Britons stunned the world last week with a vote to leave the EU in a referendum on June 23. Prime Minister David Cameron resigned after the vote, asking his Conservative Party to choose another leader by the autumn.

The finance minister said he had not yet decided who to back in the Tory leadership contest, which has seen interior minister Theresa May become the front runner to become prime minister.

Osborne is also talking to the Bank of England to ensure that lending does not “seize up” and that the Brexit vote does not produce a repeat of the credit crunch in 2007-2008, according to the paper.

On Friday, Osborne gave up his centerpiece policy of turning Britain’s budget deficit into a surplus by 2020, faced with potential economic stress following the country’s shock decision to leave the EU.

It was the latest setback for Osborne who was once considered a future British leader but who has not put himself forward to succeed Cameron after the two men failed in their campaign to keep Britain in the EU.

“…but we have got to make sure we are as close as possible to our European allies and that they remain not just key friends and strategic partners but also a crucial export market,” Osborne said.