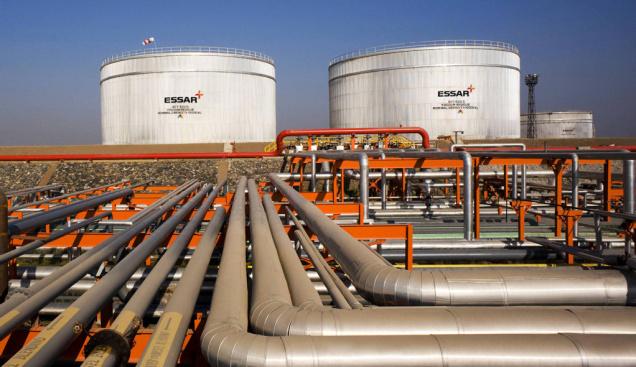 NEW DELHI Essar Group is exploring the sale of its 405,000 barrel-per-day oil refinery in Gujarat, as the conglomerate seeks funds to reduce its debt, two sources familiar with the matter said.

Essar, which is controlled by the billionaire Ruia brothers and has assets in the oil and gas, steel, ports and power sectors, has faced pressure from creditors to reduce borrowing that some analysts estimate at more than $ 14 billion.

Prime Minister Narendra Modi has made a priority of cleaning up the balance sheets of India’s banks which carry more than $ 120 billion in troubled loans. Much of that money is owed by big business to state-run banks.

Essar signed a preliminary deal with Russian state oil major Rosneft last month to sell a 49 percent stake in the refinery at Vadinar, Gujarat, which Rosneft would also supply with 200,000 barrels per day of crude for 10 years.

Essar recently proposed to Rosneft the outright sale of the refinery and had hoped to sign a deal at Russia’s premier annual economic forum in St Petersburg this month, said a source aware of the matter.

“Now the final signing of the deal could take some time as Essar has offered 100 percent to Rosneft,” the source said.

Sources said the state oil companies of the two OPEC nations rebuffed the approaches, prompting Essar to start talks with other players.

Rosneft, responding to an emailed request for comment, said it still planned to buy a 49 percent stake in Essar Oil, whose main asset is the Vadinar refinery.

Essar aims to pay down debts to banks including Standard Chartered, while Rosneft wants to expand into Asian markets.

A second source familiar with sale efforts confirmed that Rosneft was unlikely to buy the asset outright.

It was not immediately clear what valuation was under discussion, but ahead of last year’s preliminary deal Rosneft had estimated it was worth less than $ 6 billion, a source said at the time.

An Essar spokesman said the transaction for Rosneft to purchase 49 percent of Essar Oil was at an advanced stage.

“Appropriate announcements will be made in due course as and when definitive agreements are executed. The proceeds will be primarily used to reduce the group’s debt exposure,” the spokesman said in written comments, describing a question on a possible further stake sale as “speculative”.