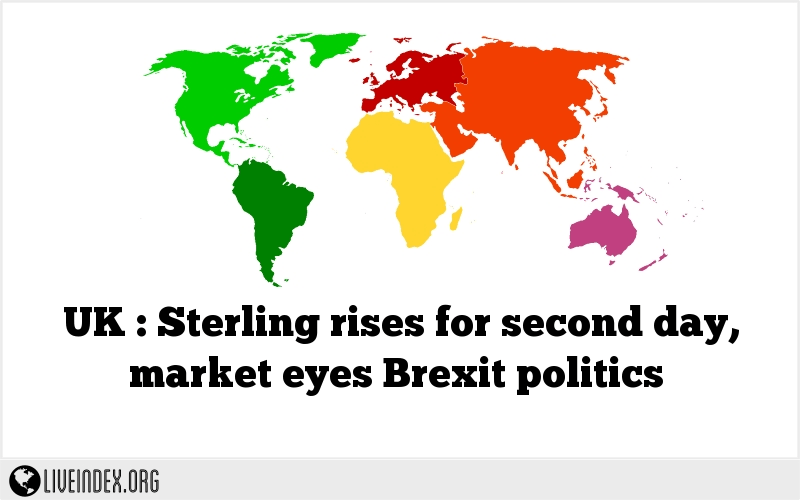 LONDON, June 29 Sterling rose for a second day on Wednesday, helped by rising stock markets, although lingering concerns over UK growth and investment after Britain’s vote last week to leave the European Union were likely to limit gains.

Investors were taking some reassurance from the fact that British politicians were not rushing to trigger the Article 50 mechanism for a state to leave the EU, despite European leaders telling Britain to act quickly.

Two British opposition lawmakers were starting to push for a second Brexit referendum, and traders said that given the political uncertainty and leadership battles within the ruling Conservative Party and opposition Labour, investors were likely to stay cautious.

“It would be far too early to think that tensions have completely eased,” said Thu Lan Nguyen, currency analyst at Commerzbank. “There is still considerable uncertainty as to what will happen in the UK following the Brexit referendum. The next few days will at least provide some clarity.”

Sterling was also drawing support from shifting expectations on U.S. interest rates. Markets are now pricing in a 5 percent chance the Federal Reserve will cut rates in July and an 11 percent chance of a cut in September. They discarded any chance of a rate increase this year, according to CME FedWatch.

“The UK referendum has only compounded doubts that the Fed will be able to hike rates this year at all, let alone implement the two hikes notionally pencilled-in,” analysts at Bank of New York Mellon wrote in a note.

For Britain, analysts said money markets were almost fully priced for a rate cut by the Bank of England by the end of the year and around a 50 percent chance of one by August, which should keep sterling weak. Before the vote, they suggested only a 20 to 30 percent chance of a cut by year-end.

The world’s biggest banks are forecasting a fall in sterling to $ 1.20. Forecasts for sterling by the end of the year have been cut by up to 30 cents since Friday. (Reporting by Anirban Nag; Editing by Mark Trevelyan)