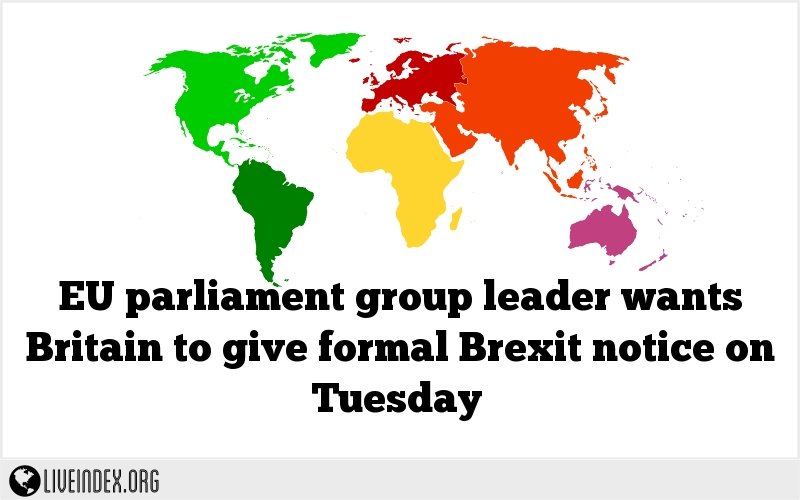 BRUSSELS, June 24 Britain should hand in its formal notice to leave the European Union at an EU summit on Tuesday, the leader of the biggest group in the European Parliament Manfred Weber said on Friday, calling for leave negotiations to start immediately.

Under EU law, a country that wants to leave the bloc has two years for negotiations on the terms of the divorce, but only starting from the moment it formally notifies the EU of its intention to exit.

Some British officials who campaigned to leave the EU have suggested that London could delay such notification, to make time for informal talks on the best possible exit deal.

“We have the will of the British people on the table and it is now the question to implement it. And the most important thing is that we do this very quickly. This is our main message,” Weber told reporters.

British Prime Minister David Cameron, who resigned on Friday over the results of the referendum, said Britain would probably make such a notification only in October, once a new leader of the Tory party is chosen to succeed him.

But Weber said the EU should not be held back by internal party politics in Britain.

“We need to avoid a long period of uncertainty and the European continent cannot be occupied by an internal Tory battle about who will be the next leader of the Tory party and the prime ministers of Great Britain,” Weber said.