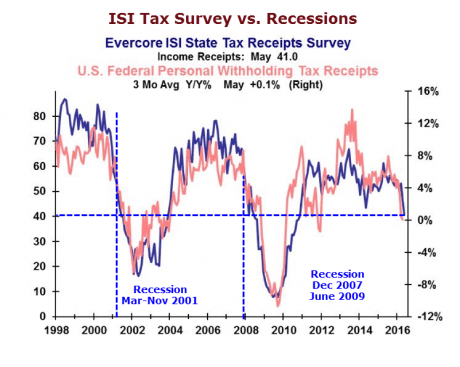 George Soros Is Preparing For A Collapse – What Does He Know?

Why is George Soros selling stocks, buying gold and making “a series of big, bearish investments”?  If things stay relatively stable like they are right now, these moves will likely cost George Soros a tremendous amount of money.  But if a major financial crisis is imminent, he stands to make obscene returns.  So does George Soros know something that the rest of us do not?  Could it be possible that he has spent too much time reading websites such as The Economic Collapse Blog?  What are we to make of all of this?

Worried about the outlook for the global economy and concerned that large market shifts may be at hand, the billionaire hedge-fund founder and philanthropist recently directed a series of big, bearish investments, according to people close to the matter.

Soros Fund Management LLC, which manages $ 30 billion for Mr. Soros and his family, sold stocks and bought gold and shares of gold miners, anticipating weakness in various markets. Investors often view gold as a haven during times of turmoil.

Hmmm – it sounds suspiciously like George Soros and Michael Snyder are on the exact same page as far as what is about to happen to the global economy.

One thing that George Soros is particularly concerned about that I haven’t been talking a lot about yet is the upcoming Brexit vote.  If the United Kingdom leaves the EU (and hopefully they will), the short-term consequences for the European economy could potentially be absolutely catastrophic…

Mr. Soros also argues that there remains a good chance the European Union will collapse under the weight of the migration crisis, continuing challenges in Greece and a potential exit by the United Kingdom from the EU.

“If Britain leaves, it could unleash a general exodus, and the disintegration of the European Union will become practically unavoidable,” he said.

The Brexit vote will be held two weeks from today on June 23rd, and we shall be watching to see what happens.

But Soros is not just concerned about a potential Brexit.  The economic slowdown in China also has him very worried, and so he has directed his firm to make extremely bearish wagers.

According to the Wall Street Journal, the last time Soros made these kinds of bearish moves was back in 2007, and it resulted in more than a billion dollars of gains for his company.

Of course Soros is not alone in his bearish outlook.  In fact, Goldman Sachs has just warned that “there may be significant risk to the downside for the market”…

Goldman Sachs is getting nervous about stocks.

In a note to clients, equity strategist Christian Mueller-Glissmann outlined the firm’s fears that there may be significant risk to the downside for the market.

Ultimately, George Soros and Goldman Sachs are looking at the same economic data that I share with my readers on a daily basis.

As I have been documenting for months, almost every single economic indicator that you can possibly think of says that we are heading into a recession.

For instance, just today I was sent a piece by Mike Shedlock that showed that federal and state tax receipts are really slowing down just like they did just prior to the last two recessions…

The last two times the survey plunged this much, the US was already in recession.

Is it different this time?

After 73 consecutive months of year-over-year growth, online jobs postings have been in decline since February. May was by far the worst month since January 2009, down 285k from April and down 552k from a year ago.

That may seem counterintuitive in an industry that has been rapidly shedding workers, with more than 350,000 people laid off in the oil and gas industry worldwide.

Texas is one place feeling the pain. Around 99,000 direct and indirect jobs in the Lone Star state have been eliminated since prices collapsed two years ago, or about one third of the entire industry. In April alone there were about 6,300 people in oil and gas and supporting services that were handed pink slips. Employment in Texas’ oil sector is close to levels not seen since the aftermath of the financial crisis in 2009. “We’re still losing big chunks of jobs with each passing month,” Karr Ingham, an Amarillo-based economist, told The Houston Chronicle.

At this point it is so obvious that we have entered a new economic downturn that I don’t know how anyone can possibly deny it any longer.

Unfortunately, the reality of what is happening has not sunk in with the general population yet.

Just like 2008, people are feverishly racking up huge credit card balances even though we stand on the precipice of a major financial crisis…

American taxpayers are quick to criticize the federal government for its ever-increasing national debt, but a new study released Wednesday found taxpayers are also saddled with debt, and are likely to end 2016 with a record high $ 1 trillion in outstanding balances.

Wallethub, a site that recommends credit cards based on consumers’ needs, said that will be the highest amount of credit card debt on record, surpassing even the years during and before the Great Recession. The site said the record high was in 2008, when people owed $ 984.2 billion on their credit cards.

Will we ever learn?

This has got to be one of the worst possible times to be going into credit card debt.

Sadly, the “dumb money” will continue to act dumb and the “smart money” (such as George Soros) will continue to quietly position themselves to take advantage of the crisis that is already starting to unfold.

We can’t change what is happening to the economy, but we do have control over the choices that we make.

So I urge you to please make your choices wisely.

About the author: Michael Snyder is the founder and publisher of The Economic Collapse Blog. Michael’s controversial new book about Bible prophecy entitled “The Rapture Verdict” is available in paperback and for the Kindle on Amazon.com