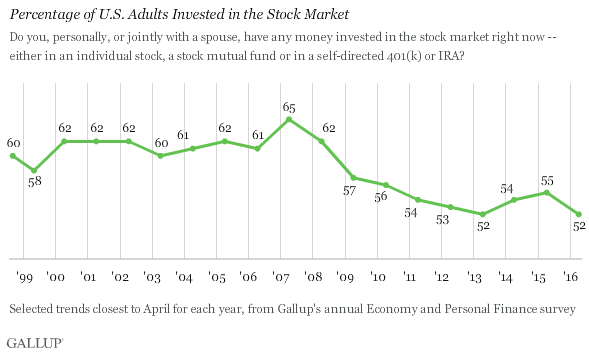 The Most Dangerous Divergence

The reason the ratio of household equities to money market funds is so high is due to the Federal Reserve’s “Save a Wall Street Banker” policies implemented over the last seven years. When you purposely destroy the lives of senior citizens by reducing interest rates to “emergency” levels of 0% and keep them there six years after the great recession is over, it tends to reduce the amount of savings in money market funds. The divergence created by the Fed’s insane policies is borne out by the data.

The average middle class American has experienced two Fed induced financial collapses since 2000, with another coming down the tracks in the very near future. They have been impoverished by the Fed’s ZIRP and QE policies, sold to the masses as saving Main Street, but really designed to save and further enrich Wall Street. The entire engineered stock market rally has been designed by the Fed, Wall Street bankers, and the CEO’s of corporate America who have bought back hundreds of billions of their stock, in order to enrich the .1% and their lackeys.

The average middle class American has rationally exited the rigged stock market and refuse to be lured back in. Back in 2007, nearly three in four middle-class Americans, with annual household incomes ranging from $ 30,000 to $ 74,999, said they invested money in the stock market  according to Gallup polling.

Today, only 50% report having stock investments. This 22% drop is more than double the changes seen in stock investing among higher and lower income groups. Millions of middle class families have had to liquidate stock holdings just to survive in this ongoing Main Street recession.

The data indicates an extremely dangerous coming scenario. The middle class is already angry, disillusioned, suspicious of the establishment, and impoverished by Fed induced inflation, Fed induced lack of interest income and Obama induced Obamacare disaster. Those making less than $ 75,000 are invested in the stock market at an all-time low level, and what they do have invested is a pittance compared to what the ultra-rich have in the market.

The millennial generation also has a record low level of stock ownership, as they carry massive levels of student loan debt, have less job opportunities as Boomers can’t afford to leave the job market, pay skyrocketing rents, and deal with a Fed induced over-priced housing market. They don’t trust the establishment, government, or Wall Street. The angry older middle class are venting their anger by supporting Trump for president. The pissed off younger generations are throwing a monkey wrench into the coronation of Queen Hillary by supporting Sanders in droves.

The dangerous divergence begins to come into focus. Every credible stock market valuation used over the last 100 years is now at extreme levels only seen in 1929, 2000, and 2007. The Shiller P/E ratio now stands at 26.4, putting valuations in the highest decile throughout history, indicating likely real returns of 0.5% over the next 10 years. As stock prices push towards all time highs, corporate profits continue to plunge. A 40% to 60% decline in stocks is essentially baked into the cake. 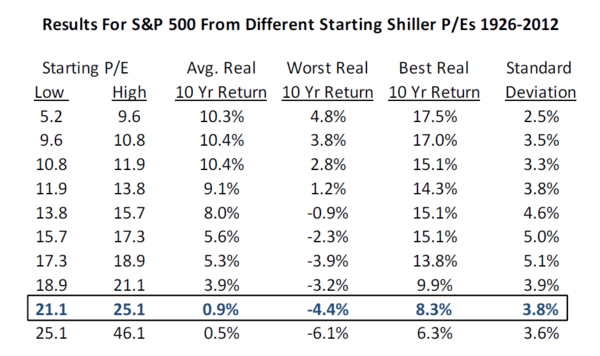 Millions of upper middle class professionals have bought into the establishment propaganda. They actually believe the Federal Reserve is infallible and can keep stock prices elevated for eternity. Despite conclusive evidence the Fed failed in 2000/2001 and again in 2008/2009, the willfully ignorant stock market participants are putting their faith in highly educated academics whose insane monetary machinations have led to a global recession and global debt levels imperiling the worldwide global economy.

The last remaining threads keeping the country from imploding have been the rising stock market and the home price recovery. Both recoveries have been engineered through Fed easy money, Wall Street fraud, and mainstream media propaganda. Neither is based on a solid foundation of free market true demand. When the bottom gives out, it will drastically impact the upper middle class and people who pass for rich in this day and age. When the tide goes out for the third time in the last sixteen years, millions will be revealed to be swimming naked and in debt up to their eyeballs.

The dangerous divergence will then take a nasty turn. The bottom half of the 1% will now be as angry as the 99%. Any attempt by the establishment to further screw the nation by bailing themselves out will be met with violent disapproval. The country is a powder keg. The upcoming election is guaranteed to inflame opposing factions. A stock market crash in the next six months would sow the seeds of financial, political, and social upheaval not seen in this country since the 1960s. The established social order will be swept away in a swirl of chaos and retribution. The dangerous divergence will be resolved.