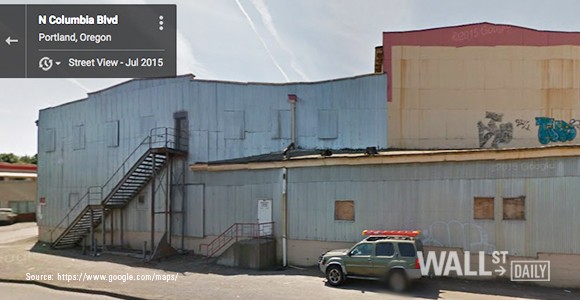 It’s a good motto for life – and it’s particularly crucial on Wall Street.

The latest reminder occurred this week when headlines crossed the wires about an unsolicited takeover offer (embedded in a Form 13-D filing) for Integrated Device Technology Inc. (IDTI).

Given the rampant consolidation in the semiconductor industry – and increasing interest in wireless charging technologies, which IDTI provides – the news made perfect sense.

Why wouldn’t a buyer be interested in a chipmaker worth roughly $ 3 billion?

Unsurprisingly, shares immediately surged 23% higher, as investors piled in to take advantage of the disconnect between current prices and the proposed offer price.

The only problem? The takeover offer was totally bogus.

Worse still, the evidence was hiding in plain sight.

The IDTI filing had the makings of a perfect setup.

We live in a world where computers scrape regulatory filings and trade automatically based on headlines. Not to mention, many short-term traders are always hunting for momentum-based plays to scalp quick profits.

But in this case, forget having merely a rumor of an offer. We had an official government filing with a specific price – $ 32 per share – which represented a 65% premium to Monday’s closing price.

So instead of investigating any further, investors piled in, trying to capitalize on the perceived disconnect.

If they had just taken one extra, simple step to review the actual SEC filing, they could have avoided considerable heartache and losses.

A City of Red Flags

You see, the filing contained multiple red flags, including:

Armed with this info, a little extra digging would have revealed even more troubling details.

For instance, a quick Google Maps search for the disclosed address shows a dilapidated warehouse, not an office building.

Not exactly the kind of opulence you’d expect for a consortium making a $ 4.3 billion takeover offer!

Plus, phone calls placed to the investors’ group went unanswered.

The most damning detail of all, though? Take a look at Item 6 below.

One of the investors owned options… set to expire at the end of this week!

And wouldn’t you know it… within less than an hour after the initial filing, an amended 13-D filing hit.

This one contained no mention of a takeover offer. However, it revealed that the same investor that owned options to purchase 185,000 shares of common stock had sold them. In the process, he pocketed a profit of almost $ 500,000.

The options were originally purchased around 11:50 AM, minutes before the first filing hit. Eight minutes later, they were sold.

Sure enough, within hours of the original share price explosion, IDTI’s stock had returned to where it started the day.

Now, I wish I could say IDTI represents a one-off case. But these takeover hoaxes have happened before. Most notably with Avon Products Inc. (AVP) in May 2015.

And the Most Important Lesson Is…

Sure, we can sit here and blame the SEC for the weakness in its systems that allows for fraudulent filings. But in these cases, I’m afraid being a squeaky wheel won’t do anything but make noise.

Even when criminal intent isn’t involved, I’ve noticed that laziness runs rampant on Wall Street. Seldom do investors and analysts take the time to read the fine print in regulatory filings.

As Bloomberg’s Matt Levine articulates, though, the onus is on investors to take responsibility for their own investment decisions. “Just because something is on Edgar, it doesn’t mean it’s true, or that the SEC approves it.”

In other words, trust, but verify.

The penalties for not doing so can be harsh. So don’t be a fool who’s easily separated from your money.

Instead of buying blindly on headlines, rumors, or a trusted contact’s insistence (present company included), take the extra step and time to do your own due diligence.

Your financial well-being depends on it.

P.S. While it’s great to know how to avoid losing money in the tech sector, how do you actually make money? My mission is to help investors do just that. I’ve constantly got my finger on the sector’s pulse, identifying the trends that have real, long-term potential – both in terms of impacting society and investors.

Right now, I’m tracking one of the fastest-growing industries – and the companies driving it forward. To learn more – and get the names of these companies for your portfolio – go here to find out more.