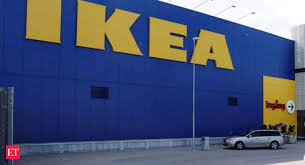 Ingka Group, the owner of most IKEA stores worldwide, has bought nine solar photovoltaic (PV) park projects in Germany and Spain for a total of 340 million euros ($373 million) in its push to generate more renewable energy than it consumes.

The world’s biggest furniture retailer said on Wednesday it was buying the projects, which would have a combined capacity of 440 megawatts, from German developer Enerparc.

“The expected production … will be sufficient to cover all IKEA stores and warehouses in the two countries, making the operations of Ingka Group carbon neutral,” it said in a statement.

IKEA operates through a franchise system with Ingka Group the main franchisee to brand owner Inter IKEA. IKEA as a whole aims to be climate positive, or reduce greenhouse gas emissions by more than its entire value chain emits, by 2030. read more

“The projects are at early stages and are expected to become ready for construction at the end of 2022, continuing into 2023. The construction itself will take roughly six months,” Ingka Group said.

The group now owns 547 wind turbines in 14 countries, 10 solar parks and 935,000 solar panels on the roofs of IKEA stores and warehouses, which together produce more than 4 Terawatt hours of electricity.