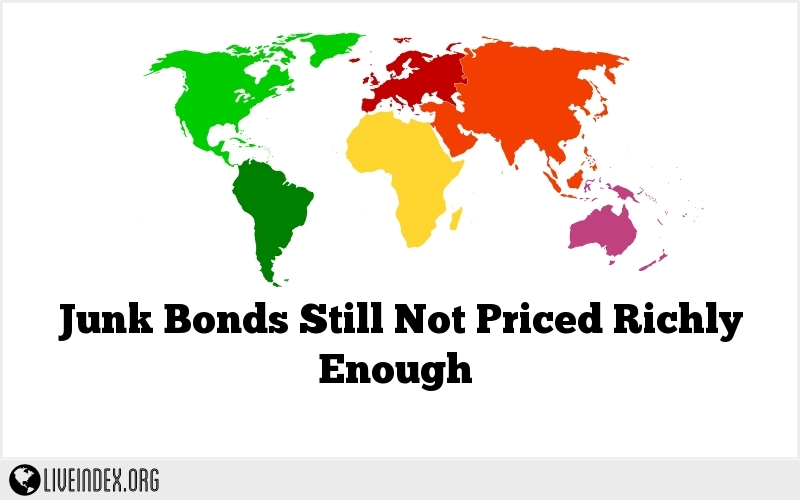 Income-seeking investors are often tempted by junk bonds – especially if they use a broker who actively markets them.

With prices down this year – the Barclays U.S. Corporate High-Yield Index is down 2.7% for 2015 – it may look like time to step into this pool.

Unfortunately, the risk-reward dynamic is strongly biased against the retail investor.

Plus, with recession looking increasingly likely, the “risk” part of the equation should steer us away from the junk bond market.

It’s important to note, however, that 2008-09 isn’t representative of junk bond performance during most recessions.

In 2008-09, the Fed pursued a policy of ultra-low interest rates, and the federal funds rate was pushed to zero by the end of 2008. It has remained there ever since. Consequently, that recession didn’t take a wholly meaningful toll on leveraged buyout deals and over-leveraged companies subjected to junk bond issuance.

But in the next recession, the Fed’s preferred solution – dropping interest rates to prevent shoddy deals from falling apart – won’t be available.

It’s not as if junk bonds have been that brilliant of an investment in the last half decade, anyway. The SPDR Barclays High-Yield Bond ETF (JNK), an indexed fund that’s a reasonable proxy for the junk bond space, has returned 4.71% annually since October 2010.

That’s better than Treasury yields and better than inflation, but it’s nothing like the 13.3% annual return from the S&P 500 Index.

When Mike Milken created the modern junk bond market in the late 1970s and early 1980s, he used a presentation that showed investors that risk-adjusted returns on high-yield bonds were better than any other asset class.

The problem, of course, was that Milken’s observation of the junk bond market’s returns – and his energetic promotion of junk bond deals – irrevocably changed the market in which junk bonds had provided such superior returns.

Today, the fees available to junk bond promoters and companies leveraged through junk bonds are so huge that it’s worth their using high-pressure sales techniques to sell the bonds. Meanwhile, prices for companies are bid up into the stratosphere, making the bonds progressively junkier.

Just look at the recent proliferation of “cov-lite” deals. Though they offer no protection for bondholders, they were immensely popular at the top of the 2006-07 credit bubble, and they’ve reappeared in large numbers over the last three years.

A period of continuously declining interest rates, such as we’ve had since the 1980s, is exceptionally favorable for returns in the junk bond market because, generally, bond prices rise and leveraged companies do better than their projections when debt costs decline.

Today, though, the risks are larger and the likely returns lower than they’ve ever been.

Be smart and avoid the market.