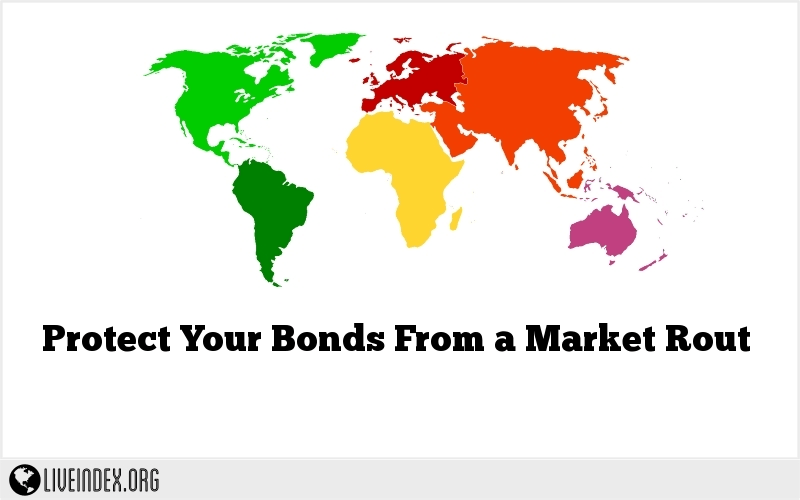 Protect Your Bonds From a Market Rout

In the next six months, U.S. investors are expecting two important market developments.

One is an increase in the federal funds rate. The other is an uptick in inflation, which should occur as the effects from last year’s oil crash drop out of economic statistics and stronger wages push up costs.

This is bad news if you have a large bond portfolio, as both of these developments are likely to crash the bond market.

Luckily, there’s a simple hedge against bond prices that can protect your capital.

You see, unless your bonds are junky and face default, the problem with a long-term bond portfolio isn’t the income risk – it’s capital and inflation risk. If inflation rears its ugly head, the value of that income stream will decline along with the real value of the portfolio.

For protection, we can turn to a security, usually an ETF, that rises in price as bond values decline. The ProShares group has a number of options that offer both positive and negative leverage levels against medium-term and long-term bond indices. By and large, I prefer to hedge against the price movements of long-term bonds, since they offer the greatest price risk in a rising-rate situation.

Now, inverse and leveraged ETFs do suffer from the “tracking error” problem.  Because these funds seek to replicate the underlying index by selling its futures, the amount required to replicate the index changes each day as the index price moves.

That multiplies over time and means that, for instance, a double-inverse ETF doesn’t give you anything like 200% of the negative performance of the index being tracked. The more volatile the underlying index, the worse the problem becomes. For example, in 2007 to 2008, the ProShares UltraShort FTSE China 50 (FXP) managed to lose money for me over a one-year period even as the market it was shorting went into a major tailspin.

Since January 1, TBT has risen about 12% as the benchmark 10-year Treasuries yield has risen from 2.12% to 2.42%. That shows you the power of TBT: A moderate upward movement in rates over a fairly short period has translated into a worthwhile capital gain on TBT. TBT thus forms a good short-term hedge against a sharp upward move in rates. But be warned: It does tend to lose value if Treasury bond yields decline or fluctuate in a “trading range” over a prolonged period.

The best time to buy TBT is during a “flight to quality,” when U.S. Treasury bond prices are bid up even without any economic developments tending to lower interest rates. At this point, the flight to quality in Treasuries is irrational. The United States is still running a budget deficit of close to $ 500 billion annually, with forecasts that the deficit will rise to over $ 1 trillion again by 2025, even in the incredibly favorable event that we face no recession in the intervening decade.

At times like the Greek crisis or the Chinese stock market meltdown, the international markets become irrationally convinced that Treasuries are the only safe haven. That’s fine; we can profit from market irrationality as well as anyone else. So wait for the next outbreak of gloom in the international markets, with major down days in the Dow, the Nikkei, and the Shanghai stock market indices, and then load up on TBT, whose price will have fallen back correspondingly.

That way, even if we prove to be wrong about the overriding upward trend in interest rates, we can still make a profit as the crisis passes, the global markets calm, and the hot money from Treasury bonds inevitably flows out.