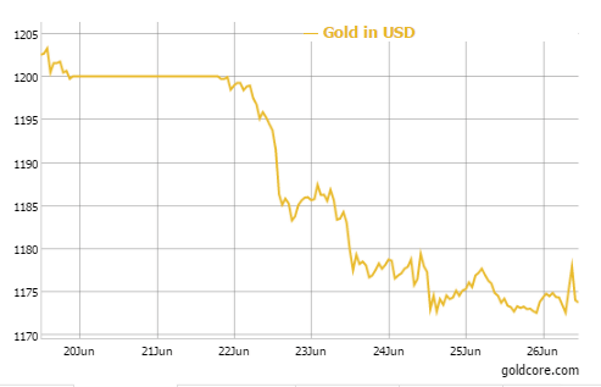 Gold in Singapore for immediate delivery inched up 0.3 percent at $ 1,177.20 an ounce near the end of the day,  while gold in Switzerland went a few dollars higher prior to selling pressure capped the gains and saw another correction.

Gold is lower in all major currencies this week. Today, gold is marginally higher over uncertainty with the Greek debt crisis as safe haven investors returned, equity markets dipped and Chinese stocks crashed.

Silver briefly hit a three month low at $ 15.50 an ounce. Palladium crashed to nearly a two-year low, seeing its largest one day fall since September, on demand concerns. 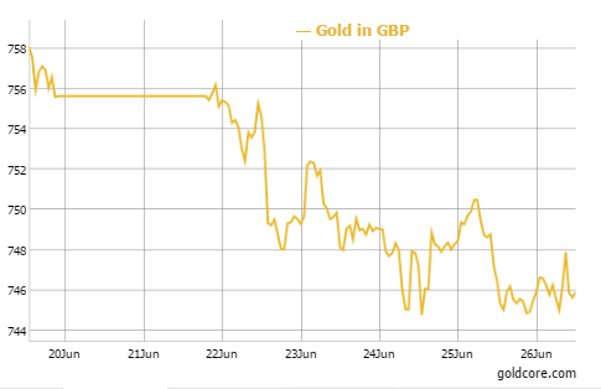 On a weekly basis, palladium is down 4.7%, its biggest weekly loss since mid January and its seventh in a row. Platinum’s actually posted the smallest weekly drop, of just 1%.

Asian and European stocks have fallen sharply. The Chinese stock market crashed 7.4% overnight. They have had the biggest two-week loss in more than 18 years and are close to entering a bear market after extending losses from their June 12 peak to 19 percent in less than three weeks. 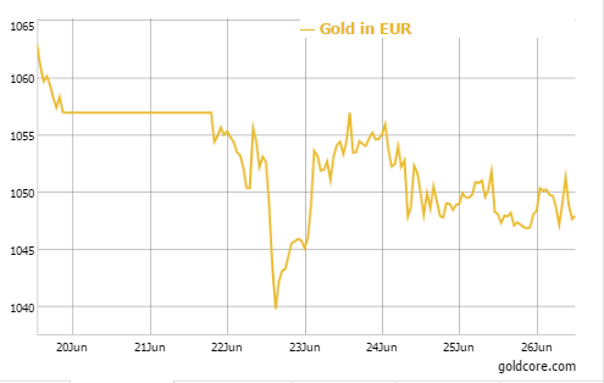 European stocks are down 1%, with investors getting more and more nervous about the complete lack of progress and increasingly entrenched positions in the Greek debt crisis negotiations. We are heading into crunch talks at the weekend and last ditch, ‘make or break’ discussions by euro zone finance ministers will resume on Saturday,

Financial authorities and the Troika have prepared a “Plan B” to protect the euro zone from financial market turmoil. Creditors are trying to force Greece to repay the International Monetary Fund 1.6 billion euros ($ 1.79 billion) on Tuesday.

SPDR Gold Shares, the world’s largest gold backed ETF climbed 6.9 metric tonnes yesterday, its biggest one-day increase since February 2nd. That has brought the fund’s weekly inflow to 11.3 tonnes for far, also the biggest since the first week of February 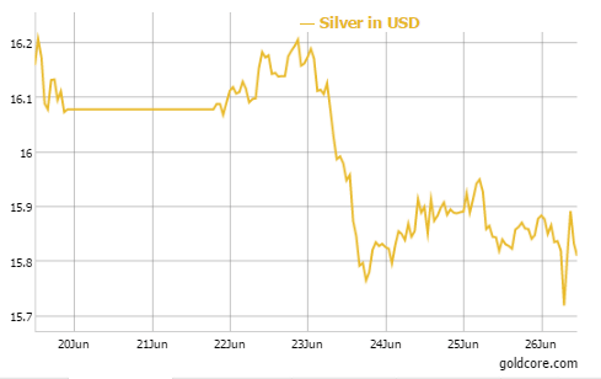 The London Bullion Market Association (LBMA) said on Friday it had granted the Tokyo Commodity Exchange (TOCOM) a licence to use its Good Delivery List as part of TOCOM’s accreditation procedures. The agreement is effective from Friday, the LBMA said, adding that it has had similar deals in place with NYSE Liffe and NYMEX/CME for a number of years. More