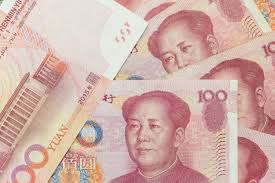 Will There be a Currency War? Behind China’s ‘Momentous’ Decision to Weaponize the Yuan

China has plenty of weapons.

Over the weekend, China deployed another arrow in its quiver, allowing the value of its currency, the yuan, to drop against the dollar by 2%. The current value is about 7.05, meaning that a dollar could buy 7.05 yuan, rather than the previous roughly 6.9 yuan to the dollar, the first time it has fallen to that level since April 2008. Major U.S. indices fell more than 3% on Monday in response to the escalating tensions.

“Beijing’s decision to float the [yuan] and allow it to drift below 7 was momentous, representing clear escalation in the trade conflict,” said John Engle, president of Almington Capital Merchant Bankers. “U.S. industries with significant exposure to the Chinese market are getting slammed.”

Devaluation is an economic tool because it combats tariffs. “Allowing the yuan to weaken makes Chinese imports into the United States less expensive, effectively offsetting the impact of the tariffs, and making U.S. companies less competitive,” said Nicole Tanenbaum, chief investment strategist at Chequers Financial Management. In addition, a “weak yuan will help boost the China’s exports while hurting foreign competition,” so China might be able to additionally support its exports with other markets.

Ultimately, though, this was “not about the currency, but rather the signal that the trade war is heating up,” Engle said.

“This is all symptomatic of the fact that China is not a market economy and not even a developed economy,” said Usha Haley, professor of international business and management, Wichita State University. “They control everything including the currency. They will match Trump move for move. He threatens them, they threaten him.”

This latest tit-for-tat started Thursday—the day after the Fed lowered interest rates by 0.25% and the President complained the change wasn’t enough—and Trump announced a 10% tariff to start on Sept. 1 on an additional $ 300 billion in goods coming from China. Unlike previous blocks of products, these would be goods intended for U.S. consumers.

What set off concerns was the sudden change in value. The yuan has been falling against the dollar for some time. “[T]he dollar buys 12% more than it did [in April 2018],” said Jason Escamilla,” CEO of ImpactAdvisor. But that was a smoother move. The current one was abrupt and an apparent response to Trump’s tariffs.

Some fear the trade war has taken on a new phase.

“Risks of Trump intervening in foreign exchange markets have increased with China letting the yuan go,” Viraj Patel, FX and global macro strategist at Arkera, wrote on Twitter. “If this was an all out currency war—the US would hands down lose. Beijing [is] far more advanced in playing the currency game [and has] bigger firepower.”

Chris Zaccarelli, chief investment officer for Independent Advisor Alliance, agrees that this “could signal a new front in the trade war—a currency war,” Zaccarelli wrote in a note. “Market participants’ worst fears are being realized and it’s possible that the market will head down the path it went down last Fall unless cooler heads prevail.”

Something that, given the current cast of characters in charge, appears unlikely to happen soon.