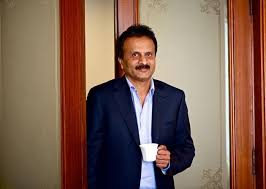 Indian authorities confirmed on Wednesday they have recovered the body of coffee baron V.G. Siddhartha, who was missing since Monday night, from the Nethravathi river near Mangaluru in Karnataka.

Siddhartha, the founder of the Cafe Coffee Day (CCD) chain, was not reachable since late Monday, his flagship entity Coffee Day Enterprises said in a regulatory filing.

“Based on preliminary reports, the police have identified the body as that of V.G. Siddhartha,” a police officer told Reuters.

His family has been notified, the officer added.

Siddhartha was travelling to Mangaluru, a port city about 350 kilometers from India’s tech hub of Bengaluru, when he had asked his driver to wait for him on a bridge while he went for a walk, a police official had told Reuters. When Siddhartha did not return, the driver alerted the police.

Television channels had showed rescue workers in rubber boats scouring the Nethravathi river near the bridge where Siddhartha, who hails from a coffee-growing family, was last seen.

Some Indian media reports speculated Siddhartha was under pressure over outstanding debts. A letter, purportedly written by Siddhartha, had blamed an unnamed private equity partner for pressuring him into a share buyback and tax authorities for “harassment” and decisions that hurt the company’s liquidity.

“I fought for a long time, but today I gave up,” Siddhartha purportedly wrote in the letter, which was available on social media and published by media.

Reuters was not able to confirm the authenticity of the letter.

“The investigation in the case of V.G. Siddhartha and Cafe Coffee Day arose from the search in the case of a prominent political leader in Karnataka,” a statement from the Income Tax department said, without naming the politician.

“It is based on the unearthing of a credible evidence of financial transactions done by CCD in a concealed manner.”