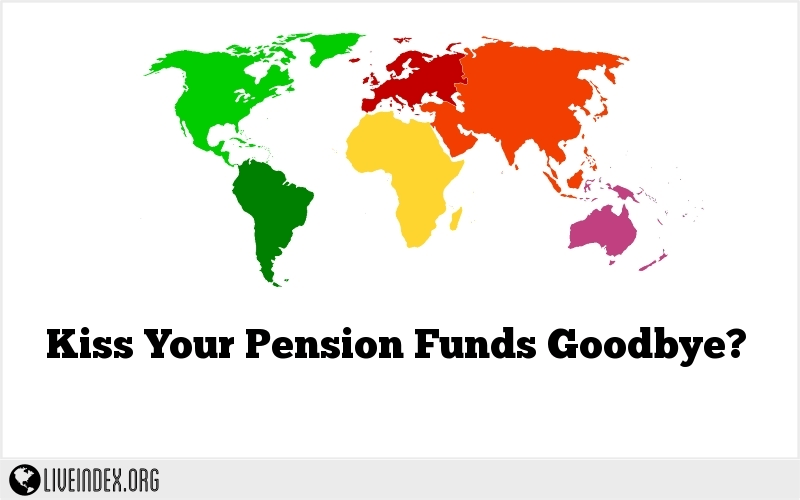 I have been warning for some time that government was eyeing up pensions.The amount in private pension funds is about $ 19.4 trillion. The question that has been debated in secret behind the curtain is how to justify to the people taking that over. I have been warning that if this is seized by government, it will come after 2015.75. Just how that is to be accomplished was finally settled by the Supreme Court without any justification constitutionally.

The US Supreme Court ruled last week in the unanimous, 8-page decision in Tibble v. Edison holding that employers have a duty to protect workers in their 401(k) plans from mutual funds that are too expensive or perform poorly. That is simply astonishing since there is no constitutional requirement for even government to provide social benefits. The Supreme court held in HARRIS v. McRAE, 448 U.S. 297 (1980) it was explained that the constitution is negative not positive. There is no duty imposed upon the state to provide a program for that would convert the constitution from a negative restrain upon government to a positive obligation to provide for everyone.

If we take the fact that the constitution is NEGATIVE and was a restrain upon government, then this latest ruling is completely unfounded. Monday’s unanimous ruling sends a warning to employers that they now must improve their plans and it is now an obligation to project employees. This comes just in time for then the next step is government to seize private funds and prosecute employers who choose badly a fund manager. This fits perfectly just in time for the Obama administration’s next assault as they prepare a landmark change of its own by issuing rules requiring that financial advisers put the interest of customers ahead of their own. This creates a very gray area wide enough to justify public seizure of pension funds under management.

This ruling will have a dramatic impact upon investment management and we have already received calls asking about using our model for management purposes since it has one of the longest track records that can be verified in the industry. What this ruling imposes is a tremendous duty upon the plan fiduciary who must now back up his decision with proof. This may also have the impact of foreclosing new fund managers from entering the business since they will lack the track record.

Yet this decision is even deeper. It sets the stage to JUSTIFY government seizure of private pension funds to protect pensioners. When the economy turns down and things get messy, they are placing measures in place to eliminate money in and physical dimension, closing all tax loopholes, shutting down the world economy with FATCA, and preparing for the final straw of Economic Totalitarianism with the Supreme Court reversing its entire construction of the Constitution to impose a duty upon employers to ensure the 401K plans perform in a world where interest rates are going negative. You really cannot make up this level of insanity.

The message here is not that all 401(k)s are bad or too expensive. In fact, costs have fallen 30 percent over the past decade as more plan sponsors turn to low-cost passive investing options. But this can be highly dangerous for to lower costs they turn to government debt where there is no need for fund management decisions. Yes, when I did hedge fund management, the cost was 5% annually plus 20% performance. That cost went to staff around the world that had to monitor positions and the world economy on a 24 hours basis. You paid also NOT to trade for most losses took place when traders were bored are would trade to try to make money when there was nothing to be done. Our track record was the best ever in the industry with the lowest drawn down perhaps in fund management. But that risk reduction cost money.

Today, costs vary widely. Plans with more than $ 100 million in assets usually have total annual costs below 1% whereas the biggest plans usually are below 0.50%. In small plans, the costs can be as high as 2% today. The focus is now on cost – not performance.

Financial service companies can charge a range of management, administrative, marketing, distribution and record-keeping fees for 401(k) plans. Plan sponsors can assume the costs, but employees are paying at least 85% of all fees typically. It is true that most workers do not know they pay the bulk of the share of costs. A 2011 AARP survey found that 71% of retirement savers do not think they pay any investment fees at all. It is true that the fees make a huge difference in returns over time. However, this drive to lower costs has also lowered the quality of funds management.

The U.S. Department of Labor estimates that a 1% point difference on a current account balance of $ 25,000 will reduce total accumulations by 28% over 35 years, assuming average returns of 7% and no further contributions. The focus is all on these management fees without any consideration of the problem. Trying to manage money varies according to the size of the fund. The more you gather, often the lower the performance because the markets are not unlimited. You can pick up the phone and say “sell at the market” when you have a $ 100 million fund, you cannot do that with a $ 100 billion fund. So the management fee was also a means to reduce the number of clients and it was never a question of unlimited capacity to trade. The numbers on performance would decline with greater amounts of money under management for the manager lost flexibility.

The Supreme Court case clearly shows that lack of understanding of the industry yet the battle centered on the 401(k) plan’s use of retail-class mutual funds when less-expensive institutional shares were available. The difference between those classes typically is 25 basis points. This will now  put pressure on large plans to cut costs further but will not have much impact on smaller plans. That is because big plans have the buying power to negotiate better deals but at the same time they are the easy target for lawyers making them much more attractive targets for litigation.

Cutting management fees to the bone may in fact set the stage for massive losses for many of the older better traders are now just resigning. The quality of the funds management is more likely than not going to decline noticeably.

Between the court ruling and the Obama administration’s push for stronger fiduciary rules send a strong message that government can much easier seize the pension fund management industry of course to “protect the consumer”.