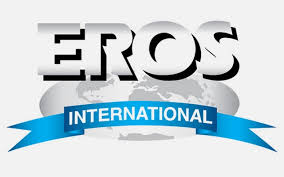 The company’s New York-listed shares plunged more than 55% last week, and those of its Indian subsidiary Eros International Media Ltd sunk more than 30%, after an Indian rating agency categorized debt of Eros’s Indian subsidiary at “default” levels due to delays in loan payments.

“All the steps have been taken to rectify the issues (around delayed loan payments),” Lulla said in a telephone interview on Sunday, adding the company has no big bond payments either that come due in the short term.

CARE Ratings said last Wednesday that it had cut its rating “on account of ongoing delays/default in debt servicing due to slowdown in collection from debtors, leading to cash flow issues.”

Eros is a film production and distribution company, which owns a vast library of Bollywood movies and music and runs its own video streaming service.

Its shares plunged despite assurances from the company that it was working to sort out the delayed payments. Even as it sought to calm investor concerns, Hindenburg Research – a short-seller, published a note on Friday, alleging potential accounting irregularities at the company.

Lulla dismissed the allegations in the report and noted that this wasn’t the first time the company was being targeted by a short-seller.

“I don’t understand what shorts are trying to achieve here. It is just trying to create a smoke-screen. There is nothing in the report that we should be worried about,” Lulla said.

Eros on Monday announced its board had approved an up to $ 20 million buyback of shares of its New York-listed entity, as it sees its stock as “seriously undervalued”.

The move failed to calm Indian investors though, and shares in the local subsidiary fell a further 10 percent in trading on Monday.

Despite Eros’s assurances, several Eros employees and industry insiders, who asked not to be named, told Reuters they were concerned about the situation.

Two Eros employees told Reuters that the company has been a few days late in paying some employee salaries over the last two months. Those two sources and three other industry sources, also said Eros had not made payments due to makers of some movies and shows.

In an emailed response to questions from Reuters, Eros said, “The company has paid all salary dues up to May 2019.”

Eros also said its various shows “are at different stages of production and the company pays for these as per the production and delivery milestones.”

Lulla noted Eros recently struck a deal with Apple for Eros’s content to be included on the U.S. company’s upcoming Apple TV+ offering. He said this would boost revenue, along with fees it earns from licensing titles to Amazon.com and others.

He said Eros had retained Barclays and Citibank to explore a debt offering secured against its library of thousands of films.

“We have completed that exercise and at the appropriate time we will complete the transaction,” Lulla said, adding that Eros could use these funds to refinance debt that comes due in the next two years.