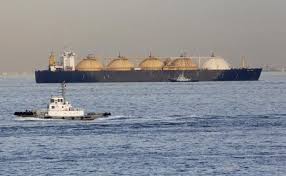 Asian spot prices for liquefied natural gas (LNG) remained steady at the seven-week low hit in the previous week, as lower prices attracted some demand from India, but the market was well supplied as new cargo deliveries were expected soon.

Spot prices for July delivery to Northeast Asia are estimated to be $ 4.50 per million British thermal units (mmBtu), steady from the previous week, industry sources said.

Several companies in India sought cargoes for delivery from August but the large requirement could be supporting the spot prices for July, the sources said.

Demand from India is likely increasing for post monsoon when terminal utilisation is expected to go up, they added.

China’s Unipec may be seeking cargoes through private negotiations but it was not immediately clear if the company’s requirement was firm.

Guangdong Energy group emerged as a first-time spot buyer after it secured access to a receiving terminal in southern China, sources said. The utility bought two cargoes from Malaysia’s Petronas for delivery in May and July, they added.

While Japan is expected to experience warmer than usual temperature this summer, utilities are yet to seek cargoes while domestic inventory remains quite high, sources said.

An analyst from FGE had said earlier this week that Japan is currently overcommitted with term LNG volumes and that even if warmer weather spikes demand, the country is well positioned to meet the demand.

Mitsui & Co Ltd, one of the partners in the Cameron project, chartered the tanker, Marvel Crane, to pick up the commissioning cargo, according to shipping data firm Kpler. The vessel is currently berthed at the terminal, Refinitiv Eikon shipping data showed.