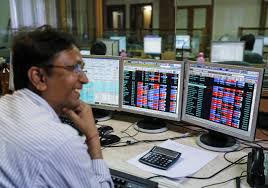 Indian markets rallied on Monday after exit polls showed Prime Minister Narendra Modi was set to win a second term after a general election with an even bigger mandate than in 2014.

Exits polls, following the mammoth seven-phase election that ended on Sunday, showed Modi’s National Democratic Alliance (NDA) was projected to win between 339 and 365 seats in the 545-member lower house of parliament when votes are counted on Thursday.

Markets had been expecting the NDA to win a second term but the margin of victory as suggested by the polls is a clear surprise and expected to keep sentiment buoyant in the near term.

India’s NSE stock futures listed on the Singapore exchange, an indicator for the broader NSE index, was up 2.34% as of 0601, after rising as much as 2.76%.

“I expect another 2-3% rally in the market in the next 3-4 days based on the cue,” said Samrat Dasgupta, a fund manager at Esquire Capital Investment Advisors.

“But once the results are out on Thursday, even if it is as expected, I don’t see much upside to the market.”

Markets are likely to hold in a range ahead of the vote count on Thursday with a bullish bias. The Nifty which has seen strong resistance at 11,800 levels could look to break that and move towards 12,200, analysts said.

India’s bonds and rupee have both held in a tight range in recent weeks despite the positive underlying bias as investors stayed on the sidelines awaiting the election outcome.

Low inflation and foreign fund inflows have aided the rupee while the central bank’s efforts to ensure adequate liquidity in the banking system through forex swaps and open market bond purchases have helped bonds.

The partially convertible rupee was trading at 69.53/54 per dollar at 0602 GMT, after rising to 69.3550 earlier, making for a 1.2 percent gain on the day. The increase, if sustained, would be the highest since December.

Investors expect the rupee to hold in a 69-72 per dollar range in the medium term with global oil prices having the potential to push it lower.

The rupee had closed Friday at 70.22. Further gains in the rupee will also depend on flows into the stock markets.

The benchmark 10-year bond yield was trading at 7.30 percent, down 6 basis points on the day after briefly falling to a low of 7.28 percent.

Though investors are happy with the idea of continuity, they felt that a lot of the work that has been done by the government to generate economic growth has not yet been felt. They said the second five-year term would give Modi the opportunity to implement those reforms and deliver on growth.

“I would expect more over the next five years,” said David Cornell, Chief Investment Officer at Ocean Dial Asset Management.

“A lot has been done but a lot more needs to happen in terms of the judiciary, generating employment growth, public sector divestment, attracting foreign investment, improving the fiscal deficit. So there is an awful lot more that needs to be done.”