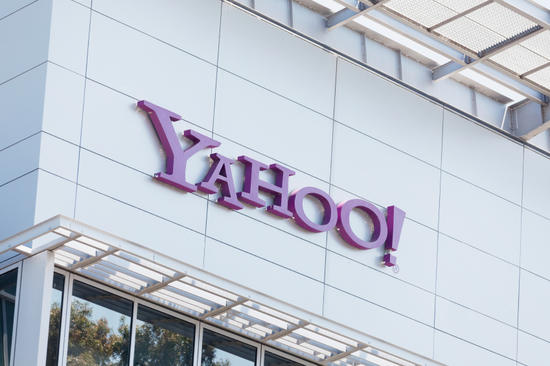 Yahoo!’s executive team announced that the company would release its most recent earnings report on April 21. With two weeks until an update on the company’s status, now is a good time to look at what to expect for the company in the upcoming quarter and beyond. While the stock price has fallen over 10% over the last three months, there are reasons to be very optimistic concerning this stock. Yahoo’s continued success in its investment businesses, its pending spin-off of its Alibaba shares, and a recently announced expansion of the stock repurchases program give cause to believe that the stock price is set to break out in the future.

Focus on Mobile and Investment Businesses

Marissa Mayer, the CEO of Yahoo, reported a positive update surrounding the company’s investment business, including mobile, video, native, and social. Its mobile revenue for the fourth quarter was $ 254 million, a 23% increase quarter-over-quarter. Mayer identified mobile as the future of digital advertising when she took over the company in 2012, and has had success in this field. The company’s media sites are modern, easily navigable, and the mobile versions have even won awards from Apple. But this has not yet been able to increase the company’s overall profits.

But this will change in the future. As a former tech executive at Google before taking her current position at Yahoo, Mayer was able to correctly identify the direction that online advertising was going, even though advertisers have not yet realized the need for mobile advertising. Her efforts, including the acquisition of Flurry, have made the company a market leader in mobile analytics. This is critical for mobile developers, as it allows them to understand and optimize their applications.

Another acquisition, Brightroll, will allow Yahoo to take advantage of this, making it easy for customers to build ads directly into apps, where users are increasing performing their search needs. As advertisers increasingly spend on mobile ads, Yahoo will be in a position to serve their needs, helping them to both understand what customers the apps are addressing and making it easy for them to build effective ads to take advantage of this information.

Besides the success in mobile, Yahoo also had positive reports of its other investment businesses. Collectively, they delivered over $ 1.1 billion in revenue last year, a 95% increase year-over-year. These businesses are set to take over traditional Yahoo display businesses soon, potentially by the end of the year. The massive growth will likely continue to grow at a rapid pace as more and more advertisers focus on these growing markets.

The largest acquisition the company made, the blogging service Tumblr, will help provide some of this immense growth in the current year. Yahoo is ramping up its contextual advertising for this service, including ads to install apps. Bank of America analyst Justin Post projected that Yahoo will improve its revenues generated from the social media site to $ 95 million this year, from just $ 48 million in 2014. These factors make Yahoo look like a strong bet to be able to take advantage of the shifting market for online advertising, but they will take time. Other efforts will have more immediate effects on the stock price.

Following Alibaba’s IPO in September of last year, Yahoo was able to sell off a portion of their shares in the company to buy Mayer time to carry out her new strategy in the investment businesses. Yahoo has continued to place an emphasis on returning value to shareholders since that time. During the last earnings report in January, Mayer announced that Yahoo had decide to spin off the company’s remaining shares in Alibaba into a newly formed, independent company.

The remaining shares, which comprise a 15.4% stake in Alibaba, are valued at nearly $ 40 billion. By creating a spin off company referred to as SpinCo, Yahoo will save $ 16 billion in taxes on the remaining stake in the company, maximizing the return to investors. This transaction is still subject to closing conditions, including regulatory approval, but Yahoo expects to complete the spin off of the shares in the fourth quarter of 2015. A lock-up agreement, which restricts the sale of the shares, expires in September, allowing the transaction to be completed.

Yahoo also announced that it was expanding its share repurchase program by $ 2 billion. The previous program was a $ 5 billion buyback program approved in 2013, which is set to expire in 2016. This program will not only reward investors, but should also help boost the company’s stock price. With a strong balance sheet and cash flows, the company has the financial flexibility needed to return value to shareholders, including dividends and share repurchases, as well as acquisitions to further strengthen the company’s strategy.

Mayer and Yahoo have shown a commitment to returning value to shareholders, which should increase investor confidence. As mentioned earlier, Yahoo’s remaining stake in Alibaba is valued at roughly $ 40 billion. But its market cap is less than $ 42.285 billion at this time. This is clearly a large undervaluing of Yahoo’s core business, which has shown tremendous growth and ability to generate profits in the past. By returning value to shareholders and continuing to focus on investment businesses that are growing at a rapid rate, Yahoo will be able to increase its stock price, setting itself up as a leader in the mobile advertising space looking to the future.

I Know First supplies financial services, mainly through stock forecasts via their predictive algorithm. The algorithm incorporates a 15-year database, and utilizes it to predict the flow of money across 2000 markets. The algorithm has more data to forecast within the long term and, naturally, outputs a more accurate predication in that time frame. Having said that, intraday traders, along with short-term players, will also benefit by taking the algorithmic perspective into consideration.

In the forecast in Figure 1, Yahoo had a signal strength of 2.49 and a predictability indicator of 0.35. In accordance with the algorithm’s prediction, the company’s stock price increased 14.22% over the next year. 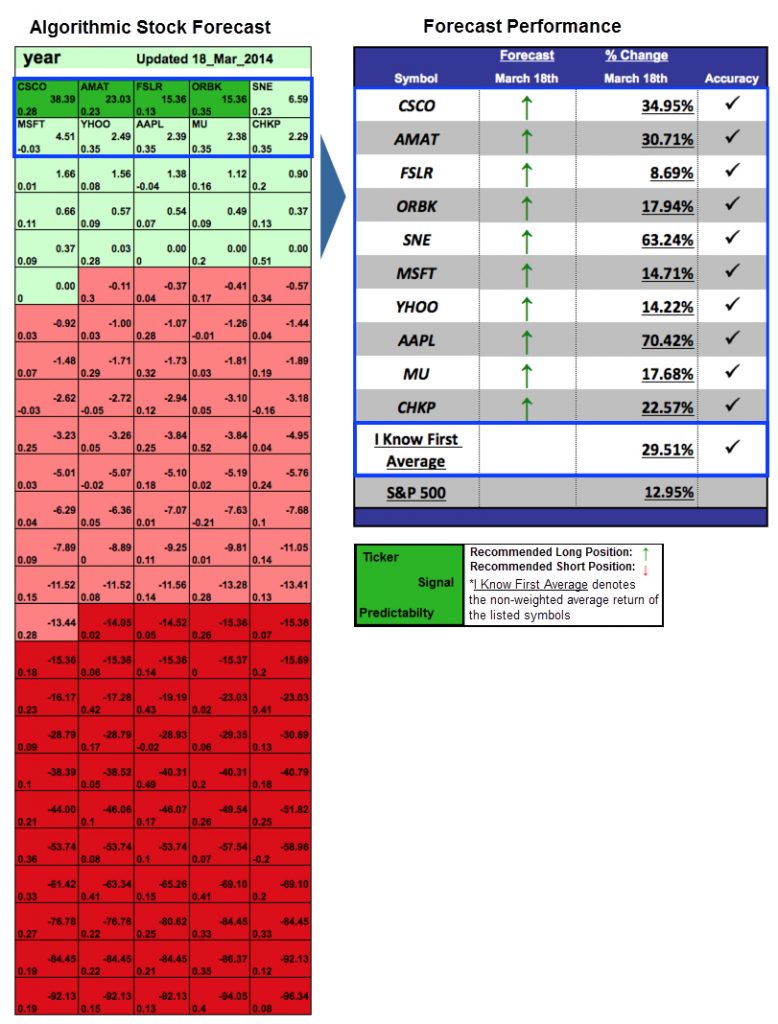 Having explained how I Know First’s algorithm works, it is worthwhile to see if the algorithm agrees with the bullish fundamental analysis of the company. Figure 2 includes the three-month and one-year forecasts for Yahoo from April 7th, 2015. In both forecasts, the company has an incredibly strong positive signal, indicating the algorithm is bullish for the stock.

This forecast is in agreement with the fundamental analysis of how undervalued Yahoo is at this point in time. These signals are exceptionally strong and are among the top picks for both time horizons, meaning the algorithm believes that the stock price will move much higher in the future. This makes sense, as it is currently vastly undervalued due when taking into account the value of its Alibaba holdings, and as the stock price should increase as the company continues to return value to shareholders in share repurchases. Mayer will also provide an update on the promising performance of the mobile and other investment businesses, which should continue to be positive, making the stock even more bullish for the next quarter, as well as for the rest of 2015.

I Know First is a financial services firm that utilizes an advanced self-learning algorithm to analyze, model and predict the stock market.

Co-Founder Dr. Lipa Roitman, a scientist, with over 20 years of experience created the market prediction system. The algorithm is based on artificial intelligence, machine learning and incorporates elements of artificial neural networks as well as genetic algorithms to model and predict the flow of money between 2,000 markets from 3-days to a year: stocks, ETF’s, world indices, gold, currencies, interest rates, and commodities.

The algorithm outputs a predicted trend as a number, which in turn, is used by traders to identify when to enter and exit the market. While forecasts can be used for intra-day trading, the predictability tends to become stronger over longer time-horizons such as the 1-month, 3-month and 1-year forecasts.