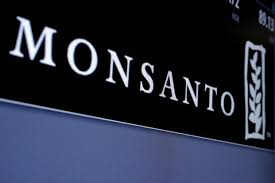 India’s Supreme Court ruled on Tuesday that Monsanto can claim patents on its genetically modified (GM) cotton seeds, a victory for the U.S. company that is expected to encourage biotechnology firms to step up investment in the country.

The decision on appeal overturns an earlier ruling by the Delhi High Court that Monsanto – the world’s biggest seed maker, which has been bought by Germany’s Bayer AG – could not claim patents on GM cotton seeds.

The outcome is positive for foreign agricultural companies such as Bayer, Dupont Pioneer and Syngenta which have been concerned they could lose patents on GM crops in India, and was also welcomed by one of India’s main farmers’ associations.

“This is a very good move as most international companies have stopped releasing new technology in the Indian market due to the uncertainty over patent rule,” said Ajit Narde, a leader of the Shetkari Sanghatana, a farmers’ body, which has been demanding access to new technologies.

New Delhi approved Monsanto’s GM cotton seed trait, the only lab-altered crop allowed in India, in 2003 and an upgraded variety in 2006, helping transform India into the world’s top cotton producer and second-largest exporter of the fibre.

Monsanto’s GM cotton seed technology went on to dominate 90 percent of India’s cotton acreage. But for the past few years Monsanto has been at loggerheads with Indian seed company Nuziveedu Seeds Ltd (NSL) over patents, drawing in the Indian and U.S. governments. (reut.rs/2ncBknn)

M Ramasami, chairman of the Federation of Seed Industry of India, said the Supreme Court ruling would encourage the development of new seed technologies and farm processes which in turn would benefit farmers and improve the competitiveness of India’s farm economy.

Monsanto’s Indian joint venture had terminated its contract with NSL in 2015 after a royalty payment dispute, escalating tensions over seed technology.

After the court verdict, shares of Monsanto India Ltd climbed as much as 13.4 percent before paring most losses to close up 2.8 percent.

After Tuesday’s ruling in favour of Monsanto’s cotton seed patent, a nationalist group close to the BJP said it would seek a legislative amendment to the rules governing patents.

A spokeswoman at the farm ministry did not immediately respond to an email seeking comment on Tuesday’s ruling.

The ministry has twice slashed royalties that local seed companies pay to Monsanto in the past two years. The ministry also cut cotton seed prices.

Monsanto has also been battling a proliferation of illegal planting of its herbicide-tolerant cotton varieties.

Stung by a spate of unfavourable government orders and a tussle over royalty payments, Monsanto in 2016 withdrew an application seeking approval for its next generation of GM cotton seeds in India. (reut.rs/2jbDq80)