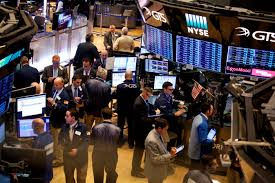 J.C. Penney Is Now a Penny Stock After Its Share Price Falls Below $1

The stock price of J.C. Penney, the longtime department-store stalwart, fell below $ 1 a share Thursday, pulling it down to the level of penny stocks.

J.C. Penney’s stock dropped 7.5% to close Thursday trading at 97 cents a share, its lowest level in decades. That left the stock with a market cap of $ 306.2 million, according to Yahoo Finance. The stock is listed on the New York Stock Exchange, which will often delist stocks that trade below $ 1 a share for more than 30 days.

The retailer was founded in 1902 by James Cash Penney as an Kemmerer, Wyo. outpost of a chain of dry-goods stores called Golden Rule. By 1913, Penney had bought out his fellow partners and incorporated his own chain of stores as J.C. Penney Co. The company opened stores in downtown areas of major U.S. cities and listed its stock on the NYSE in 1929, a week before the market crash.

As shopping malls took over, Penney stores became anchor tenants in many malls. But as mall traffic declined and as Amazon challenged traditional retailers, J.C. Penney began to suffer declining sales. Since peaking in early 2007, J.C. Penney’s stock has lost nearly 99% of its value. Amazon’s stock, meanwhile, has gained more than 3500%.

Penney shuttered 138 stores in 2017 and announced a round of layoffs last March. The company lost its CEO in May and then saw its CFO depart in September. Last month, the stock dropped 12% in one day after the company reported that comparable sales in its stores fell 5.4% in the third quarter, worse than what analysts had been expecting.