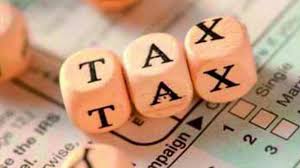 India slashed the sales tax rate on over 20 items on Saturday in a move aimed at appealing to traders and the middle class after Prime Minister Narendra Modi’s ruling party lost elections in five states.

Modi is seeking a second term in next five months amid voter frustration over the abrupt implementation of a nationwide goods and services tax (GST) in July 2017 that has resulted in job losses for thousands of workers in small businesses.

The GST council, headed by finance minister Arun Jaitley, agreed to lower the tax on some goods including televisions, batteries and movie tickets.

The council cut tax rates on six items from the highest tax rate of 28 percent to 18 percent and on one item – wheelchairs and parts – to five percent.

Most other items saw tax rates cut from 18 percent to 12 percent and five percent.

The council has so far taken more than 190 items, including washing machines and leather goods, out of the highest tax rate. Only 34 items – particularly luxury goods – remain in the top slab of 28 percent.

“It is decided to retain sin (such as alcohol and tobacco) and luxury goods in 28 percent bracket. Cement and some auto parts are also still in 28 percent slab,” Jaitley told reporters.

On Tuesday, Modi said the government was planning to cut the number of items taxed at the highest rate so that over 99 percent of items, with the exception of luxury goods, come under the 18 percent or lower rates.

A report by the country’s largest bank State Bank of India estimated that central and state governments could face a shortfall of about 900 billion rupees ($ 12.83 billion) in GST tax collections in the current fiscal year against the budget target of 12.9 trillion rupees.