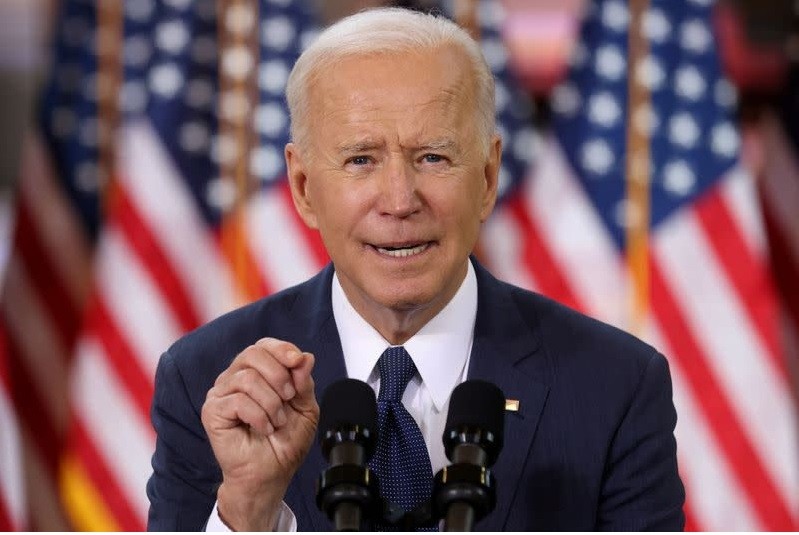 Joe Biden will almost certainly be the last U.S. president born as a member of the “silent generation” demographic group who were children during World War Two, came of age in an economic boom that built middle class wealth, and cemented the role of the United States as the world’s leading industrial power.

Over the latter half of his life, Biden, 78, saw the share of national wealth going to that middle class fall and the gains from U.S. growth concentrate in a handful of regions. Now, with a roughly $2 trillion investment package unveiled on Wednesday, Biden wants to reverse that half century trend and steer capital to neglected people and parts of the country.

Democrat Biden’s jobs and infrastructure plan and the corporate tax increase to help pay for it, contrasts with the deference to private markets begun by Republicans with Ronald Reagan’s election in 1980, and nursed through rounds of tax cuts and deregulation, by both parties.

Whether it was Bill Clinton’s moves to reduce social welfare and deregulate the financial sector, or Barack Obama’s hesitance to “go big” on spending in the last recession, there has been a reluctance by both parties to intervene too deeply for decades.

Rural and Rust Belt America faded and there was little progress on bridging the wealth gaps between Black and white.

Biden’s plan harkens to the Democratic leaders of his young adult years in the 1960s – President John Kennedy’s aspirational focus on public ventures such as the moon landing, or Lyndon Johnson’s Great Society push to strengthen the social safety net. It also echoes President Dwight Eisenhower’s 1956 act for the government to mostly pay for building Interstate Highways.

“I am struck by the scale, the structure,” MIT economics professor Simon Johnson said of Biden’s plan. “They seem to have taken on board the idea that you can boost productivity, boost growth, and spread it around the country,” with the right public investments.

EPIC BATTLE LOOMS
The battle over the legislation in the U.S. Congress is expected to be epic.

Mitch McConnell, the Senate Republican leader, suggested on Wednesday that any bill Democrats propose may be a “Trojan horse for a massive tax increase.” Republicans have said they won’t support Democratic efforts to inject goals like stopping climate change or equality into a spending bill.

The proposal follows the more than $5 billion committed over the last year to fighting the coronavirus, much of it used for direct payments to families and the unemployed.

The scars from the pandemic may run deep, and the proposed pipeline of federal dollars into communities, technology research, and job generating building projects are a way to keep the healing underway, according to the administration.

Many ideas in the plan have been percolating in universities and other institutions for years.

Johnson, for example, argued in a 2019 book that private capital will never fully substitute for government investment in things like new utility networks or complicated basic research.

The Biden approach is arguably distinct in the breadth of what it wants to confront in one fell swoop – from deficiencies in child care services to electric vehicle charging stations – and in its diagnosis of what’s needed.

The demographic and economic decline of small towns and many mid-sized cities has been underway for decades under Democratic and Republican presidents even as the rhetoric of both promised to reverse it.

The share of U.S. GDP paid to wages and salaries has declined as well, which many economists believe contributes to rising inequality.

Biden wants to put the public purse behind that promise with both infrastructure programs and funding for research hubs to try to level the playing field between middle America and the San Franciscos and Bostons of the world.

Decades ago, the United States used to spend 2% of its GDP on research and development, Biden noted in a speech on Wednesday. That figure is now less than 1%, even as other countries have increased investment.

“We’ve fallen back,” he said. “The rest of the world is closing in and closing in fast. We can’t less this continue.”

The plan “represents a major effort to tackle the country’s widening geographic inequalities … It shows an understanding of how infrastructure can create access and opportunity – or wall it off,” said Kenan Fikri, research director of the bipartisan Economic Innovation Group.

The gap in wealth between Blacks and whites has shown little progress over the past 30 years, regardless that 16 of them were with Democrats in the White House.

The Biden proposal aims investment at Black communities, including those affected by port pollution or other environmental blight, and industries with a large proportion of Black workers.

Biden, on the surface, is an unlikely figure to push such a radical shift in federal policy. He first took public office in 1970, the year that U.S. workers’ share of national income peaked. He had a long career working from the very Democratic center he is now looking to transform, supporting bank-friendly bills that drew criticism on the campaign trail.

But he became president in a year when the arguments against government intervention he heard as a senator and as a vice president under Obama seem to have run their course.

Some of Biden’s old colleagues, including Democratic economists such as Lawrence Summers, say Biden is off base.

In comments on the stimulus plan in February, Summers acknowledged there was “tremendous suffering” but said “this goes way beyond what is necessary.”

Others say it is time to give the more liberal wing of the party, dormant for decades, time to make their case once again – and are pushing Biden to go even farther.

“This is not nearly enough,” said Alexandria Ocasio-Cortez, Democratic congresswoman from New York.