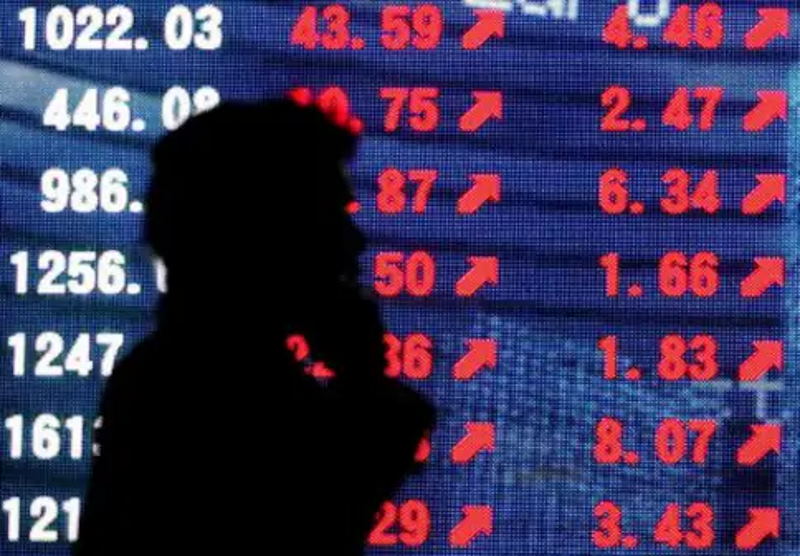 Asian equities slipped on Wednesday as investors looked to the Federal Reserve’s guidance on its monetary policy while futures for U.S. tech shares jumped after strong earnings from Microsoft.

European stocks are expected to slip a tad, with EuroStoxx 50 futures down 0.3% and FTSE futures shedding 0.4%.

MSCI’s gauge of Asian ex-Japan shares slipped 0.2%, dragged lower by profit-taking in resource shares as some investors have grown wary of stretched valuations.

“The global economy appears to be losing momentum a bit and there is no clear sign yet that COVID-19 infections are slowing even after vaccinations have started in some places. I expect shares to get stuck in a range for a while,” said Hisashi Iwama, senior portfolio manager at Asset Management One.

Microsoft shares rose 3.7% in extended trading after its Azure cloud computing services grew 50%, boosting optimism for other U.S. tech giants, including Apple and Facebook, which announce quarterly results later in the day.

“Those tech firm shares have been in a bit of the doldrums since August but they are likely to lead the market again, given their solid outlook,” he said.

At their peak in August, the combined market capitalisation of the top five biggest U.S. tech companies, which also include Amazon and Alphabet, reached 24.6% of the U.S. blue chip S&P500 index. It stood at 22.7%, still well above 15% two years ago.

S&P500 futures were mostly flat, capped by caution ahead of the Fed’s policy meeting as well as profit-taking on cyclical shares after stellar gains this month.

The S&P500 is now trading at 22.7 times its expected earnings, near its September peak of 23.1 times, which was its most inflated level since the dotcom bubble in 2000.

A surge in shares of video games company Gamestop driven by retail investors also raised some concerns that a rally propelled by loads of stimulus money from governments and central banks has become extreme.

Still, analysts expect the U.S. Federal Reserve to stick to its dovish tone to help speed the economic recovery when it concludes its two-day policy meeting on Wednesday.

Benchmark 10-year notes were yielding 1.035%, having hit a three-week low of 1.028% on Tuesday on rising speculation Biden may have to scale back and possibly delay his ambitious stimulus plan.

The U.S. dollar was little moved as investors awaited the Fed’s decision for clues on whether they should buy riskier currencies.

Oil prices were supported by economic optimism, with U.S. crude futures trading up 0.6% at $52.95 per barrel.

The International Monetary Fund raised its forecast for global growth in 2021, as widely expected, and many investors expect the global economic recovery from the pandemic-driven downturn to continue.