The Moscow Interbank Currency Exchange or MICEX was one of the largest universal stock exchanges in the Russian Federation and East Europe. MICEX opened in 1992 and was the leading Russian stock exchange. About 239 Russian companies were listed, with a market capitalization of US$950 billion as of December 2010.

MICEX consisted of about 550 participating organizations and members, which trade for their clients. In 2006 the volume of transactions on the MICEX reached 20.38 trillion rubles (US$754.9 billion), representing more than 90% of the total turnover of the leading stock exchanges in the Russian stock market.

MICEX started with currency auctions in November 1989 as an initiative by the Foreign trade and investment bank of the USSR. Thus, for the first time the market ruble exchange rate to dollar was established. In January 1992 it became the main platform for carrying out currency transactions for banks and enterprises.

Until July 1992 the rate in the Moscow Interbank Stock Exchange was used by the Central Bank for the official quotation of ruble to foreign currencies. In the mid-1990s preparation for trading corporate securities and futures began.

On 19 December 2011, MICEX merged with Russian Trading System. The merger created a single entity that is expected to become a leading stock exchange globally for trading across asset classes[1] and to advance Russia’s plans to turn Moscow into an international financial centre. Hence forth to be known as MICEX-RTS, the full merger of the organisational structure is not yet completed.[3] Problems in merging the infrastructure resulted in computer error in trades, something that had not happened on the merged exchanges for a decade: on the first day of trades, there was a short period of computer glitches when the clearing system malfunctioned, which resulted in registering multiple unsanctioned deals, with some traders suffering losses.

The united exchange is undergoing a rebranding, with the new brand identity to be unveiled in the first half of 2012. 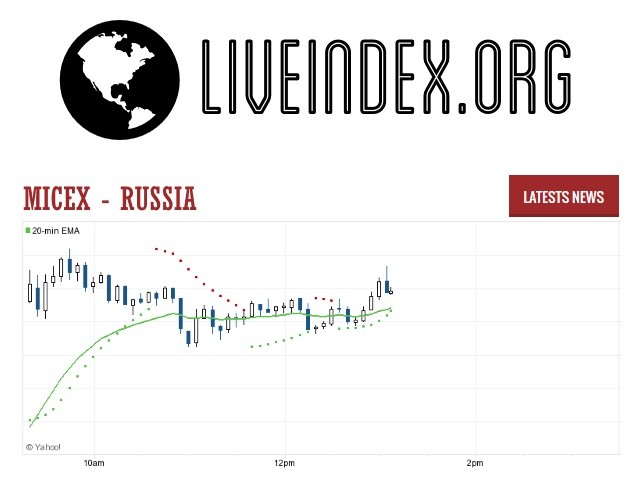