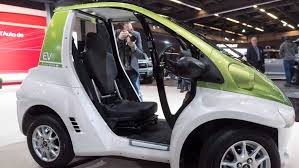 There were a couple of recent major announcements regarding electric vehicles (EVs). In the aftermath of these reports, I was asked to appear on an evening news broadcast to address them.

First, the two news reports. Norway announced that last month EVs represented a record 42% of new vehicle registrations. Pure EVs reached a record 27% of new car sales, while plug-in hybrids made up the difference. Norway’s generous incentives for EVs have resulted in the highest market share for EVs in the world. It also doesn’t hurt that gasoline prices there are among the highest in the world.

Judging from the comments following the article, as well as news coverage of the accomplishment, if we want to see what the future looks like we need only look to Norway’s example. More on that in just a bit.

The second major EV story was that Volvo announced that it would make only EVs from 2019 onward. The company plans to sell a million EVs per year by 2025, nearly double the total amount (534,332) of all types of cars the company sold in 2016. According to InsideEVs, Volvo sold 2,015 EVs in the U.S. last year.

The implications of these stories are clear. Oil is on the way out. EVs are the future.

In the wake of the Volvo announcement, I was contacted by the Canadian Broadcasting Corporation (CBC) to appear on its evening news report. CBC reached out to me as a result of an article I had written for Forbes last year called Think Electric Vehicle Growth Will Dampen Thirst For Oil? Norway Shows Why It Won’t Anytime Soon.

Ah, there’s Norway again. But don’t they set the standard for EVs? Yes, and their experience contains an important lesson for the world. That lesson is that even in Norway, oil demand hasn’t been materially impacted by EVs. Despite averaging triple-digit growth in EV sales over the past seven years, oil demand in Norway, per the recently-released BP Statistical Review, is 5% higher than it was a decade ago. Meanwhile, oil demand in the EU — which consists of countries similar to Norway (some of which border Norway, but all of which have lower EV penetration) — has fallen by 15% in the past decade.

CBC first interviewed a Managing Director for Volvo who explained the company’s new strategy. I followed with “A skeptic’s take on electric cars.” Here is a link to the video.

To be clear, I am not a skeptic regarding the potential of EVs. I believe they will keep growing exponentially for quite some time. My skepticism is about the speed at which they will displace major volumes of oil. There is a growing belief that oil demand is on the cusp of peaking, but that’s not backed up by the data. As I explained, it is possible both for EVs to grow exponentially and for oil demand to continue to grow. That is in fact what has happened for the past decade.

As I stated, this is a math problem. Exponential growth from a small base will eventually have a significant impact if it continues long enough. How long that takes depends in part on the size and growth rate of whatever it’s trying to replace.

Meanwhile, as EV sales grow in the U.S., the population grows. The size of the car market grows. The number of miles driven is on the rise. Simply put, there are more variables in this equation than simply EVs growing and displacing oil consumption.

Why does any of this matter? It’s important because sound energy policies require good projections for how the future is going to unfold. It’s great to have stretch goals, but there need to be reality checks. Sometimes those goals aren’t based on sound science and begin to impact energy policies. Norway offers such a reality check.