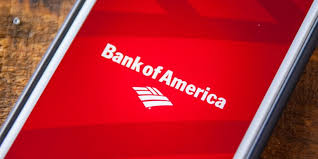 Warren Buffett could be very close to trading in his Bank of America preferred shares — and becoming the company’s largest shareholder.

Buffett’s move could be imminent after the Bank of America passed the second round of the annual bank stress tests Wednesday, allowing the firm to raise its dividends up to 48 cents per share annually.

Buffett himself noted in a recent annual letter that if Bank of America (bac) were to lift its annual dividend above 44 cents a share before 2019, “we would anticipate making a cashless exchange of our preferred into common.”

After all, it would be a more lucrative deal.

The Oracle of Omaha first got involved with the Charlotte-based banking giant back in 2011, when investors began questioning whether Bank of America could deal with legal fees and liabilities stemming from the subprime mortgage crisis. Sensing an opportunity, Buffett swooped in and inked a highly favorable deal. He agreed to invest $ 5 billion and lend BoA his name; in return, the bank would pay him a hefty 6% annual dividend on his stake of preferred shares. Additionally, he would get warrants to buy 700 million common shares at $ 7.14 a piece.

So far, that investment has done well for Buffett. He earns about $ 300 million annually just for holding the stake.

But if Buffett were to swap his preferred shares for those 700 million shares of common shares, he would be looking at higher dividends of $ 336 million a year. Additionally, it would net him a hefty profit of about $ 11.9 billion at Bank of America’s stock price as of Wednesday’s close: $ 24.

It would certainly be another vote of confidence for Bank of America, whose stock has still yet to recover from its fall during the financial crisis. Shares are down about 56% since late 2006.

Berkshire Hathaway did not respond to immediate requests for comment from Fortune.

Shares of Bank of America have risen about 1.5% in after hours trading.