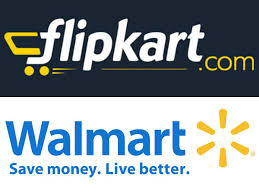 Walmart-owned Flipkart will sell groceries online in more Indian cities, as it seeks to compete better with Amazon and Reliance in an e-commerce market that has grown rapidly during the COVID-19 pandemic.

Flipkart has already expanded online grocery sales to more than 50 Indian cities and intends to reach over 70 locations in the next six months, the company said in a statement on Tuesday.

The Bengaluru-based firm said its grocery service had grown “exponentially” in the past year when many Indians began buying essential supplies online due to the health crisis.

“Grocery continues to be one of the fastest-growing categories,” said Manish Kumar, senior vice president at Flipkart, adding that the company had seen increased demand for the service from smaller cities in 2020.

Reliance, backed by India’s richest man, Mukesh Ambani, raised over $20 billion last year from global investors including Facebook and Alphabet’s Google for its digital arm, which is expected to support JioMart.

India’s broader retail industry is also witnessing a high-stakes legal battle between Reliance and Jeff Bezos-led Amazon on the Future Group’s $3.4 billion sale of its retail assets to Reliance, which Future’s partner Amazon is contesting.

Flipkart’s recent expansion has taken its grocery services to big cities including Kolkata, Pune and Ahmedabad, it said.

“Grocery is the next big frontier for online shopping and is a key focus area for Flipkart to bring new customers online,” the company added.