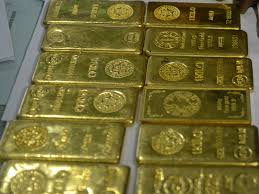 Powell told the U.S. Senate Banking Committee that monetary policy still needed to be accommodative with economic recovery “uneven and far from complete”. His testimony continues later in the day.

In the near term, gold will continue to react to the moves in bond yields, Innes said.

Powell’s remarks indicated that “the stimulus trade is unlikely to go away anytime in the next six months,” said Michael Langford, director at corporate advisory AirGuide.

A depreciation in the U.S. dollar and potential impact of inflation as a result of stimulus measures will be key drivers for gold, he added.

Investor focus remains on a $1.9 trillion coronavirus relief aid that is expected to pass later this week.