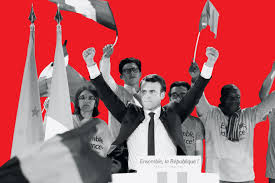 The U.K. Throws Another Wrench in Murdoch’s Plan to Buy Sky

The British government has thrown another wrench into 21s Century Fox and News Corp owner Rupert Murdoch’s plans to strengthen his grip on the pay TV market in Europe.

Secretary of State for Culture Karen Bradley, who is responsible for media issues, said Tuesday she had written to media watchdog Ofcom for more information on its views on Fox’s bid for London-listed Sky Plc, the biggest pay-tv operator in the U.K.

Bradley said she wanted some clarification following a number of representations that has been made to it aout Ofcom’s finding in favor of the deal. Bradley has already said she was “minded” to refer it to the U.K.’s antitrust regulator, given that News Corp’s print titles, including The Sun and The Times, are already major forces in the local media industry. She had, however, dismissed suggestions that the octogenarian media mogul and his sons would not be ‘fit and proper’ owners in the light of the sexual harassment scandals at Fox.

However, the Financial Times reported that the government has fresh concerns caused by Fox being named in a U.S. lawsuit filed last week that alleges it disseminated ‘fake news’ on the murder of Seth Rich, an aide to the Democratic Party. The incident had generated various conspiracy theories linking Rich to leaked DNC e-mails last year.

Read: Fox News Is Ditching ‘Fair & Balanced’ as Its Slogan

“If ever there was an episode which showed there are grounds for referral of the merger to the CMA on broadcasting standards, this is it,” the FT quoted a letter to Bradley from four senior lawmakers as saying. The authors include former Labour Party leader Ed Miliband.

Ofcom is due to provide fresh advice to Bradley on the basis of submissions during the consultation phase by August 25.