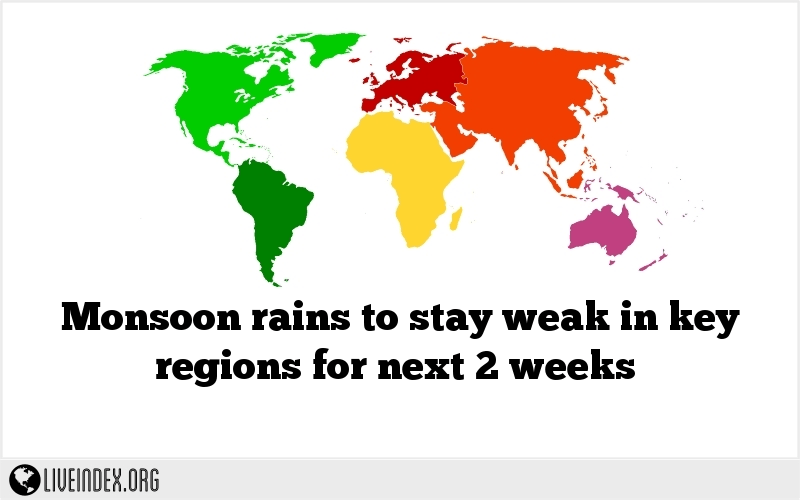 Key crop growing regions in India are likely to receive lower rainfall than normal in the next fortnight, the state-run weather forecaster said, raising concerns over the yield of summer-sown crops.

Areas in the country’s central, north-western and southern states that grow cotton, pulses, sugarcane and oilseeds will be hit, the India Meteorological Department said in its extended range outlook.

The regions that have received less rainfall so far in the current monsoon season, such as Marathwada and Vidarbha in central India, are likely to get lower-than-normal monsoon rains in the fortnight ending Aug. 17, it said.

India’s monsoon rains have delivered 1 percent less rainfall than normal so far this year, but erratic distribution has flooded some areas while leaving others in drought.

The monsoon rains deliver about 70 percent of India’s annual rainfall and are critical for farmers because half of their lands lack irrigation. Farming accounts for 15 percent of India’s $ 2 trillion economy and employ more than half of its 1.3 billion people.