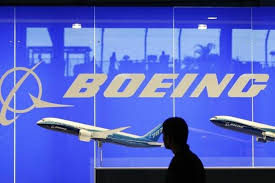 Boeing expects India to order up to 2,100 aircraft over 20 years

Boeing Co said on Monday it expects Indian airlines to order up to 2,100 new aircraft worth $ 290 billion over the next 20 years, calling it the highest-ever forecast for Asia’s third-largest economy.

India is one of the world’s fastest-growing aviation markets with domestic passenger traffic growing at more than 20 percent a year over the last few years.

The world’s biggest maker of jetliners said it expected passenger growth of about 8 percent in South Asia, dominated by India, over the next 20 years, compared with the world average of about 4.7 percent.

Boeing could increase the projection next year depending on how India’s regional connectivity scheme pans out, Dinesh Keskar added.

Boeing said it expected single-aisle planes, such as the next generation 737 and 737 Max, to account for the bulk of the new deliveries, with India likely to take 1,780 such aircraft.

Low-cost carriers dominate Indian skies and account for more than 60 percent of flights in the country.

Boeing plans to plug this gap in its portfolio with the 737 MAX 10 single-aisle jet which it launched at an air show in Paris in June, following runaway sales of Airbus’ A321neo.

Boeing expects worldwide demand for 41,030 aircraft over the next 20 years, putting India’s share of the total at about 5 percent.