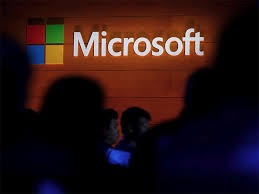 Shares of the world’s largest software company rose more than 3 percent in after-hours trading, after touching a record high of $ 74.30 during the regular session.

Microsoft said revenue from its cloud unit, which includes the flagship Azure platform and server products, rose about 11 percent to $ 7.43 billion in the fiscal fourth quarter ended June 30.

Analysts on average had expected revenue of $ 7.32 billion, according to data and analytics firm FactSet.

Revenue from Azure nearly doubled in the quarter. (bit.ly/2oQAzSJ)

“This isn’t just a one-quarter wonder,” Forrest said. “Amazon is going to be paying attention to this.”

The Redmond, Washington, company has sharpened its focus on the burgeoning cloud computing unit as part of Chief Executive Satya Nadella’s “mobile first, cloud first” strategy to offset weakness in the PC market.

Michael Turits, analyst at Raymond James & Associates, said Azure is smaller than Amazon’s service but that it is growing faster. “I think it is appealing well to existing enterprise customers who might not immediately be drawn to the Amazon platform,” he said.

The company said it recorded $ 306 million in restructuring charges following a reorganization of its sales and marketing teams that was announced earlier this month. The restructuring resulted in layoffs for thousands of Microsoft employees.

Analysts on average had expected an adjusted profit of 71 cents per share and revenue of $ 24.27 billion, according to Thomson Reuters I/B/E/S.

Microsoft said it expects revenue for its three business segments to land between $ 23.6 billion and $ 24.3 billion in the first quarter, which would be up more than 5 percent year-to-year.