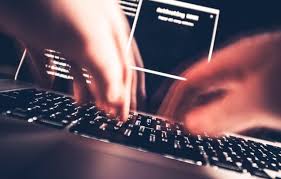 In stealth mode for the past two years, the cybersecurity startup Awake Security is now ready for its public debut.

Based in Mountain View, Calif., Awake’s founding team includes alumni of several tech and cybersecurity mainstays, including HP (hpe), CipherCloud, Cylance, FireEye (feye), McAfee (mfe), RSA, and VMware (vmw). The company, which has done no press outside of a brief mention of its existence in Forbes in April, is using big data and machine learning to help corporate security teams defend their networks.

Awake was incubated within the venture capital firm Greylock Partners by Michael Callahan, Awake’s cofounder and CEO and former Greylock entrepreneur in residence. Callahan previously served as cofounder and chief technology officer of PolyServe a big data infrastructure company that sold to HP in 2007 for an undisclosed sum, which Fortune has been told was in the 9-figure ballpark.

In addition to $ 8.7 million in initial funding from Greylock, Awake raised a second round of $ 22.5 million from Bain Capital Ventures at the end of last year. The company’s total funding comes to $ 31.2 million to date.

Awake, now about 35-people strong, has developed an analytics product that parses network traffic and builds behavioral models of the activity within organizations. The tech is designed to be used within security operations centers, where companies manage their digital defenses, to help alert-fatigued teams more readily identify, investigate, and hunt for threats.

“We’re supercharging the ability of analysts to answer the questions they need to answer every day,” Callahan tells Fortune. “When you install this thing it’s like turning the lights on—all the creepy crawlies taking advantage of the dark are now suddenly visible.”

Awake’s technology has drawn comparisons to that of the British cybersecurity firm Darktrace, which raised $ 75 million in funding for its AI-powered approach to security last week, as Fortune first reported. The tech also bears similarities to products made by cybersecurity startups Protectwise and Vectra Networks.

“They give you a timeline view, almost like a movie playing out with different scenes,” says Asheem Chandna, the partner at Greylock who led the deal and has joined the company’s board. That feature is useful for investigators who pore over digital records to determine the extent of a breach.

Indeed, catering to investigators is one of Awake’s top priorities. Gary Golomb, a veteran investigator who led a probe into network intrusions that targeted the presidential campaigns of former President Barack Obama and Senator John McCain in 2008, helped design the product.

For more on cybersecurity, watch:

Golomb, an ex-Marine, was one of the earliest employees at Cylance, a cybersecurity startup privately valued at $ 1 billion, and prior to that was a top researcher at NetWitness, a network forensics firm acquired by RSA. He now hold the unconventional title of “chief security operations center whisperer” at Awake.

While developing its product, Awake worked alongside more than a dozen corporate security teams and had conversations with more than 200 security pros. One partner was the retailer the Gap.

” We are continuously looking at the latest techniques and technologies for rapid threat detection and response,” Richard Noguera, chief information security officer at the Gap, said in a statement provided to Fortune. Noguera added that being able to provide feedback to Awake during the design process was “a truly refreshing approach.”

Enrique Salem, managing director at Bain Capital Ventures, former Symantec (symc) CEO, and FireEye board chairman, has joined Awake’s board after leading its second round of fundraising. Salem previously worked with Callahan at the search engine company Ask Jeeves in decades past.

Salem told Fortune that his decision to invest, aside from being a vote of confidence in Callahan, was due to Awake’s aim of alleviating two problems that have plagued the cybersecurity industry. The first is alert fatigue, in which security teams are inundated with a deluge of notifications, and the second is a persistent talent shortage.