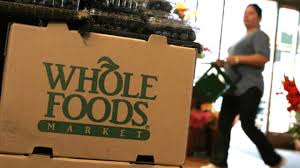 Whole Foods CEO John Mackey pushed back against investors hoping to sell the company, calling them “greedy bastards” in an interview.

“We need to get better, and we’re doing that,” Mackey said to Texas Monthly. “But these guys just want to sell us, because they think they can make forty or fifty percent in a short period of time. They’re greedy bastards, and they’re putting a bunch of propaganda out there, trying to destroy my reputation and the reputation of Whole Foods, because it’s in their self-interest to do so.”

Earlier this year, Jana Partners purchased close to 9% of Whole Foods stock and quickly called for an overhaul or a sale of the business. Mackey maintained that he wanted to improve upon the company he helped found in 1980.

“These people, they just want to sell Whole Foods Market and make hundreds of millions of dollars, and they have to know that I’m going to resist that,” Mackey said. “That’s my baby. I’m going to protect my kid, and they’ve got to knock Daddy out if they want to take it over.”