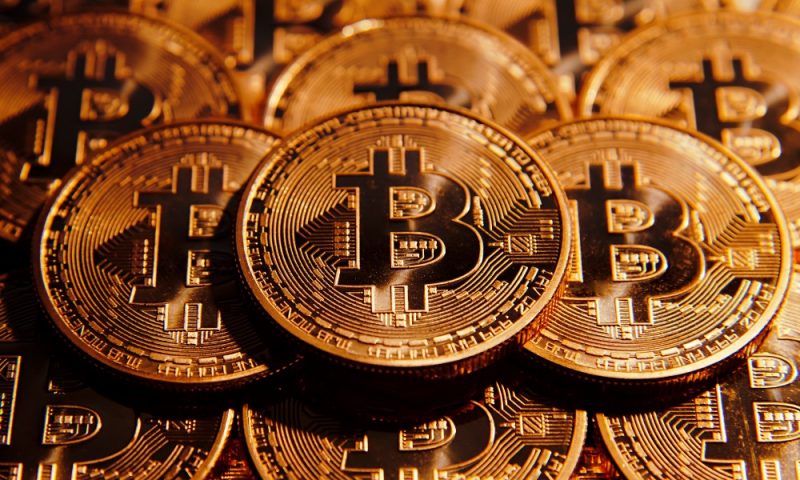 Bitcoin Price – Are We About to See Another Move Down?

New Bitcoin-related products seem to be hitting the market every day now. New types of altcoins, new kinds of wallets, new services. The currency is surrounded by a wide umbrella of solutions which might help bring it to the attention of the mainstream public. So, what’s stopping us from using bitcoin debit cards? Cryptex, a Hong-Kong-based company asked themselves the same question and couldn’t think of a good reason not to.

One of the two main problems with using Bitcoin (the other being its volatility) is the limited number of outlets accepting the currency. Cryptex realized that and came up with a plan to issue special debit cards which would allow customers to indirectly pay with bitcoins. Why indirectly? The whole idea is based on the premise that the card is pre-loaded with bitcoins but a part of these coins is converted into U.S. dollars on purchase of goods or services. In this way, one could hold bitcoins but would also be able to pay wherever U.S. dollars are accepted.

There are some problems with this solution, such as the necessity to keep track of the BTC/USD exchange rate but the idea might provide Bitcoin users with the possibility to instantaneously convert their coins into dollars. This might be important for the market as a whole since it shows that rapid conversion might be possible. This would be crucial for customers and could improve the popularity of Bitcoin but it might also be beneficial to traders and investors since it could be a foundation for tools enabling immediate execution of Bitcoin trades.

Right now, trading actual bitcoins might be hampered by the fact that the completion of transactions is not immediate and that the price at which the bitcoins are bought and sold might change as the transaction is completed. This is important for Bitcoin traders who focus on short-term speculation – a small change in price might make all the difference. On the other hand, investors might not want to buy into instruments tracking Bitcoins (ETFs, futures) since they might want the real thing and not vehicles only mimicking the value of Bitcoin. Services enabling immediate exchange of actual bitcoins for U.S. dollars could be used by investors or traders for execution when market conditions are changing rapidly, offering a mix of the two approaches (improved liquidity and ownership of bitcoins).

Of course, things might not be that rosy. The important factor to watch out for here is the cost of using such services. If it offsets the gains on immediate execution, for instance by introducing wide spreads, the service might not be useful for traders.

We have recently received related questions from one of our Bitcoin Trading Alert subscribers. We feature them here as we think they might benefit all our readers.

Q: I just subscribed to your service. I would like to know the primary ways that you recommend trading Bitcoin. Can you advise the trading symbols and/or platforms for Bitcoin? Also, if I were to “buy and hold” some Bitcoin, do you think it is safe?

A: As far as investment vehicles and platforms are concerned, we have covered this topic in one of our previous replies to customers and will quote it here:

Q: The Bitcoin chart is the first one I have ever seen, but is it an ETF or can I buy this through a broker? With something like this it is all too easy to be taken for a ride with a scam. What is the best way to buy it?

Q: Do you have an article on how to trade bitcoin, what exchange and what brokerage?

A: Since these two question touch upon the same topic, we’ll reply to them jointly. The charts we post in daily alerts are based on data from (…) the most prominent bitcoin exchanges. It’s not an ETF, it’s the price you would have to pay on this exchange in dollars for one bitcoin. In this way, it’s more like a forex exchange rate.

There is no “best way to buy”, unfortunately. How you might want to buy bitcoins depends on what your investment objectives are.

If you’re interested in short-term trading, vehicles mimicking the price of bitcoin are OK. Of course, you would have to check the reputation of such an ETF, futures or CFD provider first. Generally, we don’t make specific recommendations regarding providers of such vehicles. Some of the places we’ve heard about include ICBIT (futures), Predictious (options), Plus500 (CFDs). We don’t get any money for mentioning these names, we only provide them as a starting point for your own search of such businesses. You will have to review the reputation of such companies to avoid potential fraud. Also, only experienced traders should open positions in futures, options and CFDs since these instruments are leveraged.

Probably the easiest way to gain short-term exposure to bitcoin would be to buy shares of a bitcoin ETF. A U.S.-based ETF is set to launch this year.

If you’re a long-term investor, ETFs, futures, options and CFDs would not be appropriate investment vehicles as they involve counterparty risk and could not match the price of bitcoin closely enough. This would be particularly painful if bitcoin shot up and your futures didn’t follow or their provider went bankrupt.

The way to go for long-term investors is to actually buy bitcoins. This might involve higher transaction costs (and this is why it might not be the best solution for short-term traders) but you no longer have the risk of your broker going bankrupt. Of course, this approach has its own risks, for instance you would have to make sure your bitcoin wallet (this is a computer program storing your bitcoins) is secure. Bitcoins can be exchanged for other currencies on exchanges such as (…) BTC-e, BitStamp and the like.

These two approaches (short- and long-term) may be mixed, and you could keep the long-term part of your portfolio in actual bitcoins while gaining some short-term exposure via other investment vehicles.

Now, the “buy and hold” part of the question. We don’t know your investment objectives, specific conditions, risk tolerance, liquidity constraints, so we can’t really say if a “buy and hold” investment in Bitcoin is appropriate for you and we can’t give any investment advice on the subject.

Our general opinion is that Bitcoin is a high-risk-high-reward kind of investment. The “high risk” part means that Bitcoin is highly volatile, it has fluctuated wildly in the past, might do so in the future, it might burst like a bubble, it might be worthless in a couple of years. The flipside to the coin is the “high reward.” This means that the high volatility might push prices to sky-high levels or Bitcoin might evolve in a way guaranteeing its owners high returns. There is no certainty which scenario actually materializes, so there’s no telling where Bitcoin will stand next month, not to mention next year and further in the future. Having said that, in our opinion there is promise in the currency and we’re inclined to think that it might change the way payments are made.

So, Bitcoin might hold promise but it is also risky. As such, Bitcoin-related investments should be only a small part of your overall portfolio and you should never devote any money you can’t afford to lose to Bitcoin trades.

Buying and holding Bitcoin with a large part of your portfolio is extremely risky.

On the other hand, using only a tiny part of your portfolio and only the money you can afford to lose for Bitcoin investments and trades might provide benefits of diversification and give you exposure to the Bitcoin market should the currency skyrocket in the future.

To state it short, in our opinion using a “buy and hold” strategy for Bitcoin is not “safe”. If you are really afraid you’ll miss the bottom in Bitcoin, such a strategy might work with a tiny part of your portfolio but our general opinion is that Bitcoin still has some way to go down, possibly to $ 200-250, so we would postpone any long-term purchases now.

Once again, none of this should be considered investment advice since we don’t know your specific circumstances.

Yesterday in our Bitcoin commentary, we wrote the following:Today we’ve seen weak depreciation (this is written after 12:30 p.m. EDT) and Bitcoin is currently dancing around $ 450. The volume is in the same range as on Saturday and Sunday.

We’re not in the “sleep mode” yet but it seems that we’re slowly nearing this phase. The short-term outlook remains bearish.

This turned out to be quite accurate as Bitcoin ended the day at $ 447.11 and the increase in volume yesterday was not drastic.

It is also further supported by the action today, with a drop in trading volume and weak appreciation (1.3% up, this is written after 10:00 a.m. EDT). Bitcoin is still very close to $ 450 and a weak move up on declining volume might actually be another bearish short-term indication.

On BTC-e Bitcoin lost 4.1% yesterday and the volume was almost twice as heavy as on the day before but the selling on BTC-e didn’t move the price much lower on BitStamp. The short-term outlook yesterday was bearish.

Today, we have seen a very weak (0.8%) move up and the volume has fallen to just above BTC4,000 (at the moment of writing). This looks like a show of weakness and might actually be a bearish signal.

The short-term situation is now more bearish than not but there’s still the possibility that we’ll some Bitcoin drifting sideways for some time which is why we don’t support going short just now.

Summing up, in our opinion no short-term positions should be kept in the Bitcoin market at this moment.