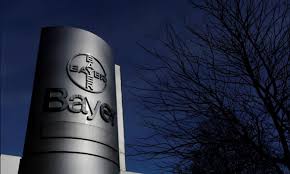 Bayer Just Got EU Approval for Its Monsanto Deal—With Conditions

Bayer AG cleared one big hurdle for its $ 66 billion takeover of Monsanto, winning European Union approval for the deal after agreeing to bolster BASF SE by selling it seeds, pesticides and digital agriculture technology.

Bayer (bayry) and BASF “need to provide further evidence” of BASF’s ability and incentives to build the business into an important competitor in order for BASF to get approval to buy the more than 6 billion-euro ($ 7.4 billion) package, the EU said. The EU didn’t specify a buyer for Bayer’s vegetable seeds unit. Bayer has suggested BASF should take it over.

“We have made sure that the number of global players actively competing in these markets stays the same. That is important because we need competition to ensure farmers have a choice of different seed varieties and pesticides at affordable prices,” said EU Competition Commissioner Margrethe Vestager.

Bayer and Monsanto (mon) must still convince U.S. regulators who are pushing for the companies to divest more assets to resolve antitrust concerns, a person said last week. Bayer is suing the Russian antitrust watchdog over an order for it to share technology with Russian companies.

Bayer said it’s still aiming to complete the deal by the end of the second quarter. The company said it’s working closely with the U.S. Department of Justice.

“Receipt of the European Commission’s approval is a major success and a significant milestone,” Chief Executive Officer Werner Baumann said in an emailed statement.

The deal is the last of three big agricultural deals that are reshaping global farming. DuPont Co. had to sell most of its global research and development operations to placate EU concerns over its merger with Dow Chemical Co. last year. China National Chemical Corp. also divested some overlapping products to win approval for its Syngenta AG bid.

Wednesday’s merger decision is arguably Vestager’s most controversial one to date. Environmentalists, including Hollywood actor Mark Ruffalo, have bombarded her with tweets, emails, letters and postcards begging her to block a “merger from hell.”