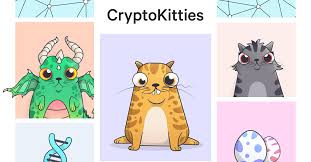 Yes, the game that some considered a quintessential example of the Bitcoin bubble, CryptoKitties, has received $ 12 million in funding from investors led by venture capital firm Andreessen Horowitz and Union Square Ventures.

On Tuesday, CryptoKitties revealed that it would spin out of its developer, Axiom Zen, and had raised $ 12 million in a Series A funding round led by the early Facebook investor (Andreessen Horowitz) and early Twitter believer (Union Square). Both are experienced investors in the crypto space— both having a stake in cryptocurrency exchange Coinbase.

Upon its release on Nov. 28., CryptoKitties’ explosive popularity confounded many. The game lets users create and breed virtual cats, storing the digital genetic material on the blockchain as new generations of kitties are created. Then, in turn, users can buy and sell the cats using the cryptocurrency Ethereum, which means users have to buy Ethereum in order to play.

While neither Union Square nor Andreessen Horowitz have disclosed a direct stake in Ethereum, they are invested in funds that do.

On its webpage, Union Square calls CryptoKitties “the world’s first and most successful consumer blockchain product.”

“At Union Square Venture, we think digital collectibles is one of many amazing things that blockchains enable that literally could not be done before this technology emerged,” wrote Fred Wilson, partner at the firm, explaining the thinking behind the investment. “We also think digital collectibles and all of the games they enable will be one of the first, if not the first, big consumer use cases for blockchain technologies.”

An executive at CryptoKitties also sees the game as a way to get new consumers into blockchain.

“We really do believe that decentralization is going to have a dramatic and powerful impact on the human experience,” said CryptoKitties’ chief creative officer, also known as “Fat Cat” Mack Flavelle. The hope, he added, is to make “these wildly new concepts approachable. CryptoKitties was an attempt, and an arguable wildly successful attempt, to do that.”

One potential reason for the game’s success: it’s been a lucrative venture for some. By one third-party estimate, consumers have sold about $ 23.2 million worth of these CryptoKitties since the platform’s inception, resulting in the kitties changing hands 331,269 times since November. The single most valuable cat was sold for the equivalent of $ 110,707 at the time of the sale.

Perhaps while doing its due diligence on the firm, Union Square also developed its own CryptoKitty, a steak-loving dispensary clerk ostensibly created by partners Andy Weissman and Wilson in December. When asked by a firm analyst why they were suddenly exploring digital cats, Weissman mentioned that the game was fun, the analyst relayed in a Medium post.